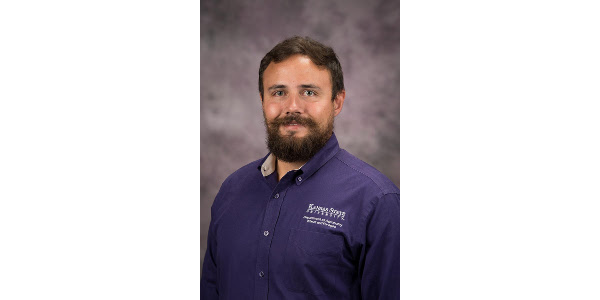 According to Dr. Romulo Lollato, Wheat and Forage Extension Specialist at Kansas State University, the genetics of all the newest varieties have improved to the point where agronomic practices now have an even greater influence on yield than variety selection does. (Courtesy of Kansas Wheat)

MANHATTAN, Kan. — Farmers across the state have access to many of the most cutting-edge wheat varieties ever bred. These varieties are all created with performance in mind, so how can producers gain that coveted yield bump when the dozens of varieties at their fingertips are all, by-and-large, on a fairly level playing field? According to Dr. Romulo Lollato, Wheat and Forage Extension Specialist at Kansas State University, the genetics of all the newest varieties have improved to the point where agronomic practices now have an even greater influence on yield than variety selection does.

“I think we are at the point where we have so many excellent varieties that we don’t have to be quite as picky. There are a lot of really good options, so we have to look at management, as well,” said Lollato. “That’s what the last 19 years of data that we have collected is telling us – that management practices are very, very important.”
According to this data, management accounts for 44-77% of yield variation. Because of this large yield gap, Lollato says, “It is time to manage wheat.”

To no one’s surprise, region and irrigation make the top of the list for yield producing management practices, but application of foliar fungicide and sowing date are also incredibly important for both irrigated and dryland farmers. The largest yield drag was dual-purpose wheat used for grazing.

Sowing dates can have a huge impact on final yields, but the optimal sowing date varies by region. Western Kansas farmers have an optimal date of October 1, north central’s optimal date is October 10 and south central’s is October 12. Planting after these optimal dates can mean substantial yield penalties. The South Central region loses about 1.1 bushels per day for around 20 days following October 12, but that loss increases to around 2.7 bushels per day after those initial 20. North Central Kansas consistently loses about 2.1 bushels per day, while the western region loses a whopping 3.5 bushels.

Lollato and his team have also found that seed treatments (like insecticides and fungicides) have a higher yield bump in good seasons, while foliar fungicides are beneficial in all seasons, but have more yield gain in those higher yielding seasons. Micronutrient applications have had a negligible bump during high performing years, while they have a monster gain of 9.7 bushels per acre during low performance years.

Lollato’s research has also focused on sulfur. Kansas has seen the removal of sulfur from the soil during wheat production exceeding the amount of atmospheric deposition since 2000, which he attributes as an effect of the Clean Air Act. This legislation has meant lower levels of air pollution, but less pollution means less sulfur coming in during rainfall. Sulfur application has a slight yield drag of -.6 bushels per acre during high performing years (like 2016 and 2017) but had a net gain of around 4.9 bushels per acre during drier years like 2018. He also advised that while sulfur and nitrogen deficiencies tend to have a similar yellowed appearance in plants, sulfur tends to express a brighter yellow discoloration in the upper plant canopy while nitrogen discolors the lower canopy.

Although management practices are the most reliable source of yield gain, variety traits can have an effect. Stripe rust resistance was the trait with the highest yield gain, but there are others to keep an eye on depending on region and management practices. In the western region’s irrigated wheat, stripe rust, coleoptile length, straw strength and winter-hardiness are the highest yielding traits. For dryland wheat, those traits are drought tolerance, coleoptile length, first hollow stem date and stripe rust.