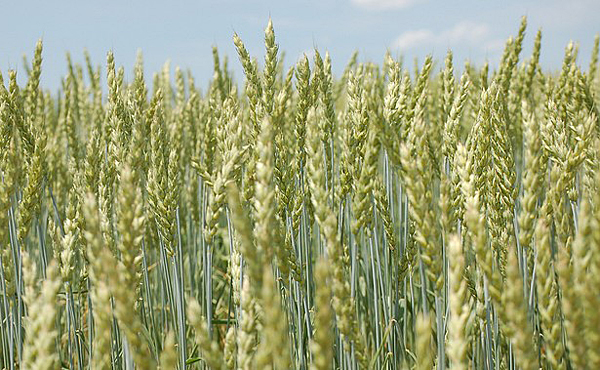 The National Wheat Improvement Committee (NWIC) is composed of 24 voting members whose mission is to communicate, educate and advocate on behalf of the scientific well-being of the U.S. wheat industry. (Photo by Michele Walfred; University of Delaware Carvel REC, Flickr/Creative Commons)

WASHINGTON — This week a group of researchers, growers, and millers took to Capitol Hill to discuss the importance of wheat research and appropriations priorities for FY 2020. The National Wheat Improvement Committee is composed of 24 voting members whose mission is to communicate, educate and advocate on behalf of the scientific well-being of the U.S. wheat industry. In addition to meeting with the majority and minority staffs for the House and Senate Agriculture Appropriations Subcommittees and Agriculture Committees, the NWIC members met with most of the House and Senate Appropriations Committee Member offices, with more than 60 meetings in total.

“To maintain an adequate food supply and food safety, ensure farmers can battle disease and pest pressures, and to keep the United States as the world’s source of premier quality wheat, we must have robust and stable federal, state, and private investment in wheat research,” said NAWG President and Lavon, Texas, farmer Ben Scholz. “We very much appreciate the support of Congress for continued investments in research over the years, and in particular for key provisions in the Farm Bill research title that will help wheat farmers.”

During the 2018 Farm Bill deliberations, NAWG and our member states and other stakeholders were successful in getting a funding authorization increase for the US Wheat and Barley Scab Initiative from $10 million to $15 million annually. During its meetings, the Committee advocated for full funding and pushed for the Administration to move forward with implementation of a Farm Bill provision capping indirect costs for the USWBSI at 10 percent.

The NWIC also requested increasing the funding levels for the NIFA Hatch Act to $250 million, maintaining Smith-Lever Formula Grants at $300 million, and increasing the Agriculture and Food Research Initiative to $445 million. Moreover, the Committee supports a funding increase of a total of $940,000 for the ARS Small Grains Genomic Initiative (SGGI) to bring appropriated levels to the total $3.44 Million.

“Through the use of these tax dollars for research, the American consumer has one of the lowest cost of disposable income expense for safe and high-quality food of any nation in the world,” continued Scholz. “Whether it be in the form of a Land Grant or ARS facility, congressional investments in agricultural research has a reach into all districts. NAWG urges Congress and the Administration to prevent cuts to funding levels for these research programs as they are vital to the entire wheat value chain.”