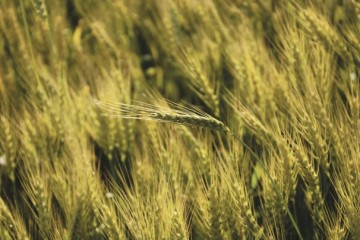 A large section of the middle part of the United States, a major wheat growing region, is experiencing drought conditions that continue to worsen. (Global Commodity Analytics)

ATCHISON, Kan. — A large section of the middle part of the United States, a major wheat growing region, is experiencing drought conditions that continue to worsen. Seventy-eight percent of the high plains and 83 percent of the southern plains are currently in a drought.

“This year’s wheat ending stocks will not be up around 900 to 950 million bushels in the U.S.,” said Mike Zuzolo of Global Commodity Analytics. “I think that number will be closer to the 800 million bushel level because we’re going to have lower harvested acres and a lower national yield.”

“I really think we are in a situation where these next 30 days, if we don’t see relief in the hard red wheat belt, we will curb production,” Zuzolo said. “A crop insurance agent told me he is getting calls from producers in northeastern Kansas asking for adjusters to come out to look at their wheat for potential winter kill and those farmers may be tearing their wheat up, taking a thirty-five percent hit on the crop insurance and then coming back in with a brand new crop and complete coverage for that crop.”

While deteriorating crop conditions may catch the market’s attention in the coming weeks, competition among exporters is increasing, most notably from Russia, for which exports are increased to a record-setting 35 million tons this month on larger production, stocks and pro-export government policies. Argentina is also proving to be a formidable wheat exporter, with a 500,000 ton export increase this month to 13 million. Strengthening global competition has put downward pressure on U.S. production and planted area.