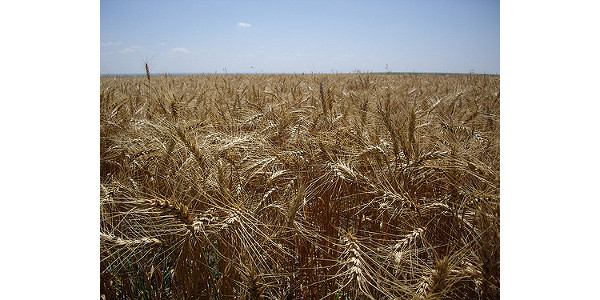 As of June 18, 41 percent of the national crop is rated good to excellent, down from 45 percent the previous week. (C. K. Hartman via Flickr)

MANDAN, N.D. — Drought conditions continue to stress significant portions of the 2017 U.S. hard red spring wheat crop, although recent rains and cooler temperatures are expected to provide some stabilizing impacts. This week’s crop condition report may not reflect all the impact of recent rains on the crop, as another week of declines was noted. As of June 18, 41 percent of the national crop is rated good to excellent, down from 45 percent the previous week. A larger shift took place in the poor to very poor category with 27 percent now rated poor to very poor, up from 20 percent the previous week. This is likely due to the fact that recent rains tended to be more significant in totals and broader in coverage across central and eastern parts of the region, but were less significant and more scattered in drier western areas. Condition ratings declined in all major states this week, but to a lesser degree than previous weeks.

In South Dakota, three-fourths of the crop is rated poor to very poor, followed by Montana with 37 percent rated poor to very poor, and North Dakota with 24 percent. In Minnesota, 89 percent of the crop is still rated good to excellent with zero percent poor to very poor. In the driest parts of the region, with advanced crops, some wheat acres are being hayed, or condemned for crop insurance, with hopes of replanting to a hay crop. So far this is limited acres, but additional rainfall is still critically needed in much of the western half of the region. The later planted portions of the crop across northern parts of the region, will likely benefit the most from recent rains.

Crop development remains near normal overall with 15 percent headed, just slightly below the 5 year average of 17 percent, but behind the 2016 pace of 25 percent. Crop heading ranges from 65 percent in South Dakota, to 22 percent in Minnesota, to 9 percent in North Dakota and zero in Montana. In Montana, 13 percent of the crop is yet to emerge due to dry topsoil conditions.

The northern U.S. durum crop continues to show stress from the ongoing drought conditions, although the primary production regions did receive some precipitation in the past week. The latest crop condition ratings in North Dakota saw a notable increase in the poor to very poor category, at 21 percent, up from just 8 percent the previous week. Only 18 percent is rated good to excellent, down marginally from 20 percent the previous week. No condition ratings were available for Montana, but the primary production region remains overly dry. In Montana, nearly 20 percent of the crop has yet to emerge due to dry top soils. In North Dakota, 60 percent of the crop is at the jointing stage of development, about 20 percentage points ahead of average, with 6 percent of the crop headed.