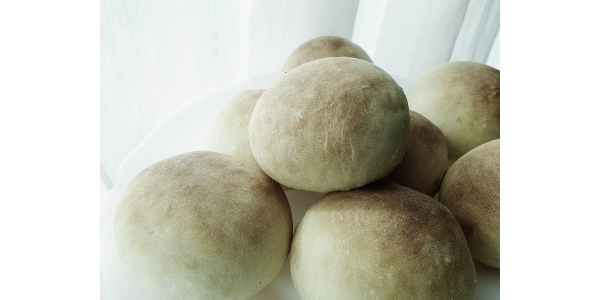 Michigan wheat will be an important food on most Thanksgiving tables this week. (Toshiyuki IMAI via Flickr)

LANSING, Mich. — Michigan wheat will be an important food on most Thanksgiving tables this week. The nearly 8,000 wheat farmers in the state, along with the five major millers, have helped bring that bounty to your holiday table.

Interestingly, the very first Thanksgiving – in November 1621 – probably didn’t have wheat on the table, as it was more of a hunt-and-gather autumn celebration. That first Thanksgiving feast was celebrated intermittently in the New England states for many years.

In 1863 when President Abraham Lincoln decreed that Thanksgiving should be a nationwide holiday, bread-based savory stuffing and pies became part of the traditional menu.  The recipes, and the idea for the holiday, were the work of the little-remembered “godmother of Thanksgiving:” Sara Josepha Hale.

In announcing the new national holiday to a Civil War-weary nation, Lincoln embraced the 30-year personal campaign of Hale, a widowed school teacher and established author.  One of Hale’s many causes was to see Thanksgiving become a national day of observance, and she wrote to five US Presidents making that case.  Lincoln accepted that challenge with his 1863 announcement.  At the time, Hale released a variety of recipes that are still the mainstays of a traditional Thanksgiving feast including a recipe for wheat-based chestnut stuffing.

Whether your family is enjoying stuffing, double-crusted pies or dinner rolls at the holiday table, wheat is an important part of the Thanksgiving Day celebration of harvest.

Michigan’s wheat farmers are also celebrating a successful 2017 harvest this summer and have wrapped up their wheat planting this fall in hopes of another great crop.  The state’s wheat farmers traditionally produce more than 80 bushels of wheat per acre, and are the nation’s eighth-largest wheat producing state.

With all that wheat, there are plenty of options for the traditional dishes we know and love-stuffing, homemade dinner rolls and breads, cakes and pies. However, there’s also plenty of wheat for new dishes for holiday cooks and bakers to make.

A new way many are enjoying wheat is in wheat berries and farro. Wheat berries refers to whole-wheat kernels that are usually soaked before cooking, much like dry beans.  Farro is whole-kernel wheat with some of the bran removed (pearled).

Wheat recipes, along with information about the health aspects of wheat – and kids’ wheat activity sheets – are found at miwheat.org/consumer-info. If you are looking in the store, wheat berries and farro are usually located with specialty products in a supermarket near the rice, barley, couscous and other whole grains.

The Michigan Wheat Program is funded by nearly 8,000 farmers who grow wheat in 50 of Michigan’s 83 counties. The Michigan Wheat Program board seeks to promote the state’s wheat industry by funding and supporting the strategic priorities of wheat farmers working with input suppliers, seed producers, millers, end users and consumers.  Research on wheat production practices and grower education is a key priority for the organization.