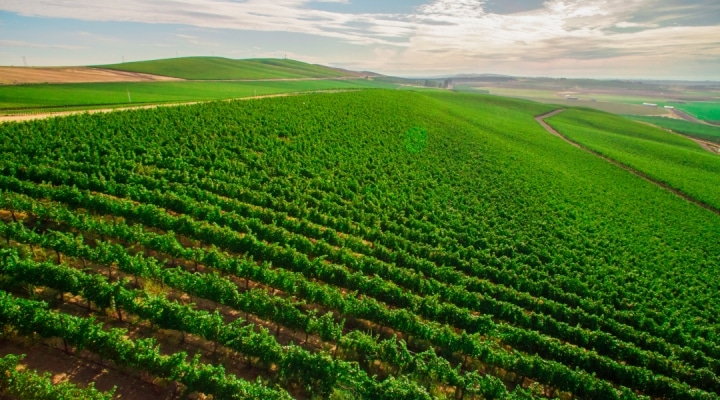 The wine industry will generate more than $276 billion in economic activity for the American economy in 2022, according to a new study unveiled in Washington by Representatives Mike Thompson (D-CA) and Dan Newhouse (R-WA), Co-chairs of the Congressional Wine Caucus. (Stillwater Creek Vineyard)

WASHINGTON — The wine industry will generate more than $276 billion in economic activity for the American economy in 2022, according to a new study unveiled in Washington by Representatives Mike Thompson (D-CA) and Dan Newhouse (R-WA), Co-chairs of the Congressional Wine Caucus.

The study was conducted by John Dunham & Associates, a prominent economic research firm, and was sponsored by WineAmerica, the National Association of American Wineries in Washington. The total impact of $276.07 billion includes 1.84 million jobs and $90.13 billion in wages which flow not only to direct wine industry employees but also those of suppliers as well as workers in communities throughout the country.

Wine is an all-American beverage produced in all 50 states. The production, importation, export, distribution, sales, and consumption of wine benefit many sectors of the United States economy. This value-added product preserves agricultural land, provides American jobs, attracts tourists, generates taxes, and enhances the quality of life.

“The wine community plays a vital role not only in my district, but in every state across the country by creating jobs, providing unique tourism opportunities, and contributing to local economies,” said Rep. Thompson. “This report released by WineAmerica and John Dunham highlights the economic impact of the wine community throughout the United States and demonstrates the importance of our grape growing communities. I’m proud to be leading the efforts in Congress alongside Rep. Newhouse to advocate for the wine community and ensure that our growers and wine producers have the resources the need to continue to make these important contributions to our economy.”

The total impact illustrates that wine is the ultimate value-added beverage. The broader economic impact flows through the nation, generating business for firms seemingly unrelated to the wine industry. Real people, with real jobs, working in industries as varied as farming, banking, accounting, manufacturing, packaging, transportation, printing, and advertising depend on the wine industry for their livelihoods.

“The wine industry is an essential driving force for many rural economies, including Central Washington, yet perhaps more importantly, truly brings our communities together,” said Rep. Newhouse. “The report released by WineAmerica shows just how much of an impact this industry has in Central Washington and throughout the country. I’m proud to work in Congress alongside my Congressional Wine Caucus Co-Chair, Congressman Mike Thompson, to advocate for our winegrape growers and wine producers to ensure they are able to continue producing the high-quality wine we are so proud of.”

National Reach: Wine is not only consumed, but also produced, in all 50 states, a nationwide economic engine with a total of 10,637 wine producers and 119,520 independent vineyard acres.

Job and Wages Creation: The wine industry directly employs 1,007,059 people, and generates an additional 364,234 jobs in supplier and ancillary industries which supply goods and services to the industry, and whose sales depend on the wine industry’s economic activity. Ultimately 1.84 million jobs are created and supported by the wine industry, generating $90.13 billion in total wages.

Tourist Activity: Tourism generation is also a major benefit of the wine industry, and vital to its success. Wineries and wine regions are magnets for tourists and tourism-driven expenses which benefit local economies and tax bases. In 2022, America’s “wine country” regions will generate 49.1 million tourist visits and $16.69 billion in annual tourism expenditures.

Tax Revenues: The wine industry generates substantial tax revenues on the local, state, and national levels. In 2022, the industry will pay nearly $8.15 billion in state and local business taxes, and $14.67 billion in federal business taxes for a total exceeding $22.83. In addition, the industry generates approximately $875.18 million federal consumption taxes and $7.27 billion in state consumption taxes which include excise and sales taxes.

“Wine is many things – a farm product, liquid food, a social lubricant, a celebratory elixir, a sacramental beverage, and the most civilized and civilizing of beverages,” said WineAmerica President Jim Trezise. “But it’s also the ultimate value-added product which makes it a powerful economic engine on many levels. This study confirms that.”

In addition to the national statistics, this study includes detailed state-level breakdowns showing the economic benefits of the wine industry in each state, including in-state activity involving vineyards and wineries as well as economic benefits from wines originating in other states.

The national data, plus methodology and FAQ’s, is available at www.wineamerica.org/economic-impact-study. The state reports will be released over the following days.