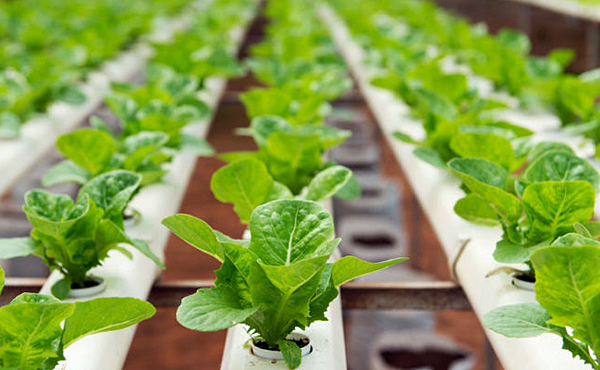 The Center for Food Safety (CFC), along with other groups and a number of organic farms, filed a lawsuit early this month claiming that USDA violated the Organic Foods Production Act (OFPA) when it allowed hydroponically grown crops to bear the “Certified Organic” label. (Wikimedia Commons)

COLUMBUS, Ohio — The Center for Food Safety (CFC), along with other groups and a number of organic farms, filed a lawsuit early this month claiming that USDA violated the Organic Foods Production Act (OFPA) when it allowed hydroponically grown crops to bear the “Certified Organic” label.

In January 2019, CFC filed a legal petition asking USDA to create regulations that would ban hydroponic operations from using the organic label.  USDA denied the petition, and CFC’s current lawsuit also alleges that USDA’s denial violated the Administrative Procedure Act (APA).  CFC asks the U.S. District Court for the Northern District of California to vacate USDA’s denial of their petition and to bar the agency from certifying any hydroponic operations as organic.  The complaint can be found here.

What do “hydroponic” and “organic” mean anyway?

Many of you are probably familiar with hydroponic and organic growing, but since the terms are very important in this lawsuit, it’s worth reviewing them before we continue.

The USDA, on its National Agricultural Library website, defines “hydroponics” as “growing plants in a nutrient solution root medium.” In other words, hydroponic plants can be grown in mediums such as sand, gravel, and water with additional nutrients.  Simply put, hydroponic plants are not grown in the soil.

OFPA (available here) says in order to sell or label an agricultural product as “organically produced,” the product must:  1) have been produced and handled without the use of synthetic chemicals, except as otherwise provided;(2) except as otherwise provided in this chapter and excluding livestock, not be produced on land to which any prohibited substances, including synthetic chemicals, have been applied during the 3 years immediately preceding the harvest of the agricultural products; and (3) be produced and handled in compliance with an organic plan agreed to by the producer and handler of such product and the certifying agent.  Thus, for a plant to be “organic,” it must meet these criteria.

In their lawsuit, CFC is principally concerned with the third part of the organic requirements listed above — that in order to be labeled as organic, an agricultural product must be “produced and handled in compliance with an organic plan.” Organic plans, in turn, must also meet a number of requirements.  One of those requirements is that the “organic plan shall contain provisions designed to foster soil fertility, primarily through the management of the organic content of the soil through proper tillage, crop rotation, and manuring.”

At its most basic, CFC’s argument is that fostering soil fertility is an integral and required part of the OFPA, and therefore, plants not grown in actual soil cannot meet all the requirements necessary for organic certification.  In other words, since hydroponics by definition are not grown in soil, hydroponic farmers can’t foster soil fertility.  As a result, CFC maintains that since fostering soil fertility is required in order for plants to be labeled “organic,” hydroponically grown plants can’t be organic.  By allowing hydroponics to be labeled organic, CFC asserts that USDA is in violation of the OFPA.

CFC’s argument under the APA

The plaintiffs also contend that USDA’s denial of their 2019 petition violated the APA. The APA (you can find the relevant chapter here) is the law that federal agencies must follow when writing and adopting regulations.  Under the APA, courts have the power to overturn agency actions if they are arbitrary, capricious, an abuse of discretion, or are otherwise unlawful.  Additionally, courts can overturn agency actions when they go beyond the authority given to the agency by Congress.  Here, CFC argues that USDA’s denial of their petition was arbitrary and capricious and not in accordance with the law.  Basically, they are arguing that USDA violated the APA by ignoring the soil fertility language that Congress included in OFPA.

USDA’s denial of CFC’s petition gives us a little insight into what the agency’s response to the lawsuit might include.  The agency claims that the National Organic Program (NOP) has allowed hydroponic operations to be certified organic in the past.  Furthermore, USDA counters that the statutory and regulatory provisions that refer to “soil” do not require every organic plant to be grown in soil.  Instead, they say the provisions are simply “applicable to production systems that do use soil.”

The court will certainly have a lot to sift through in this lawsuit.  USDA still has to respond to the complaint, and hydroponic operations might throw their support behind the agency’s cause.  We’ll be keeping an eye on what happens and will make sure to keep you updated!