Subscribe
Home / Just Me, Kate / What’s in a word, what’s in a picture? 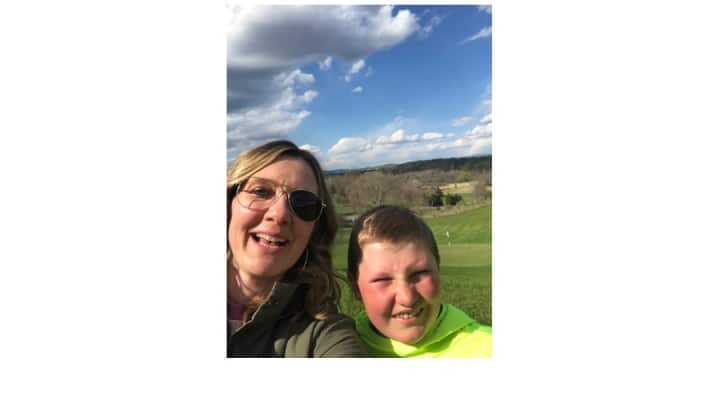 The word “fruition” has been hanging in the office over the past few months, yet nobody has claimed it yet.

It first came to our attention through Stephanie. It was at a brainstorming session to name the communications services arm of the Morning Ag Clips. We still don’t have a name yet (getting close), but we certainly know what it will not be. Stephanie loved fruition and thought that its definition was just perfect for us. However, the rest of the team had other thoughts on it.

Poor fruition got laughed at and turned out in the cold, as no one, other than Stephanie, had any love for the word … including me.

I was not fond of the way it rolled around in my mouth, and it wasn’t quite right for the name of a business. How would anyone be able to remember the word? It seemed so nebulous to me.

But I will admit, the definition certainly had a lot of strength and heft to it. I liked fruition for that. But frankly, it wasn’t enough to win me over, even after I read the official definition.

Over the course of a couple of months, when we needed a word in the office, fruition kept surfacing — more as a joke than anything. We would bring it in from the outside and give it a little facetime, but then just as quickly would rush it back out the door. It never seemed quite right.

I have to give the little word credit; it kept hanging in there, never giving up. It was quite tenacious.

The week before Christmas, I gave everyone their annual intentions worksheet in the office, reminding them that they needed to come up with their “word” for 2021.

Of course, when I mentioned all of this, Stephanie piped up, “Fruition!” And once again, we all laughed and rolled our eyes.

However, by the end of the day, I had warmed up to fruition as a possibility and was actually thinking that maybe that should be my word for 2021. It made sense. We/I have a lot that needs to be completed this coming year.

For example, I have a “Just Me, Kate” website that is soon to be finished and launched. We have two new projects that I can’t quite reveal yet, coming on board soon after JMK’s website launch. And with a year and a half under our belt since acquiring the new communications company, we are finally getting into a rhythm of figuring the best, most efficient way to run it. Now we need to do it!

That’s a lot! It will be hard and tedious for the final lifts on all of these projects, but we can get it done if I stay vigilant. But I think that it’s going to take the word fruition, always in my mind, to keep me moving toward all of the end goals.

It’s official then. Fruition IS going to be my word for 2021. The poor old lost word has finally found a home with me. I hope you’re happy with me fruition because you and I will be a team this year. We have so much to do, and I will rely on your clarity to help me get things done in a recognized and felt way 🙂. It’s all going to come to fruition!

Thank you, Stephanie, for the introduction, but we will still laugh a little bit about the word you picked out so that you know. However, you can glow in knowing that you had a lot to do with my choice of it for the coming year. It will define our 2021, my friend.

As for the BEST PICTURE of 2020. Please see above. This is a funny one. Sam and I went golfing one day early last spring. We were trying to take a selfie of ourselves to send to the brothers who were missing out on the adventure … we didn’t realize I had lost a lens … until we had taken the picture and sent it! Trust me, the two other Ziehm boys, not in the picture, caught it immediately … ha, ha, ha, Tyler and Jacob!

What’s in this picture is a snapshot of what our year was. It was unplanned, funny and spent together. Like the lens that Sam and I had missed, we had no idea what we as a family would be missing, but not really miss. Up close and personal, the year quickly turned into a big change in our way of life.

We made the best of it, and in the middle of it, all found joy.

In this picture lies it all, the definition of 2020. It’s not of a beautiful landscape, an action photo that was caught perfectly, or a picture in which everyone is posed and smiling. Instead, it’s real. Unscripted and genuine. And that is what 2020 was.  Real. Unscripted.

2020. Goodbye! Thank you for the many gifts which we chose to receive. I am glad you are behind us to make way for new adventures to come. The hope and promise of 2021! Have faith in that.

Cheers, my friends … now, GO GET THIS YEAR!