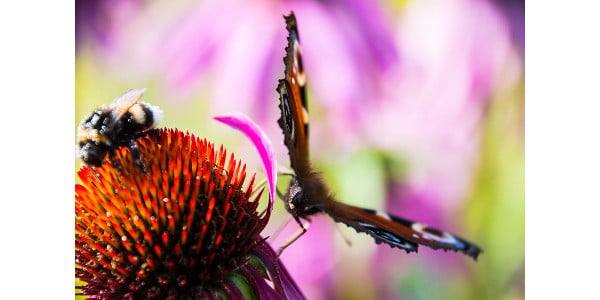 By understanding the impact of messaging from different sources, industry associations, policymakers, and stakeholders gain a better understanding of how their messaging will influence consumer decision making and of policies at the state and regional levels. (Maria Eklind via Flickr)

ALEXANDRIA, Va. — An analysis out of the University of Georgia details the relationship between consumer awareness and the attentiveness and care given to pollinator-friendly plant purchases.

Benjamin Campbell and William Steele studied the decline of pollinators, the factors that can be recognized as potential contributors to said decline, and a common-sense approach for combatting it. Their findings are revealed in their article Impact of Information Type and Source on Pollinator-friendly Plant Purchasing found in the open access journal HortTechnology, published by the American Society for Horticultural Science.

The number of pollinators has been reported to be decreasing for the past several decades. Among other reasons, climate change, pesticides, and loss of habitat have been noted as probable contributing factors. As agricultural producers seek to ensure pollinators are accessible to pollinate their crops, this research attempts to scientifically detail the reasons behind the steady loss occurring over the past several decades.

Pollinator issues have emerged as critical within public awareness. As a result, many consumers and activists have advocated for the removal of commonly used pesticides. Some retail outlets have banned their suppliers from using neonicotinoids on plants to be sold in their stores. The impact of pesticides on pollinator decline and the consumer response to this impact is of crucial importance.

As various media and activist groups provide information (positive, neutral, and negative) about the impact of pesticides on pollinators, no information exists regarding how consumer behavior is altered based on such information. Campbell and Steele determined how both information source and information type have an impact on a consumer’s decision to purchase pollinator-friendly plants in the future.

Existing literature suggests there is no concrete evidence that correct use of neonicotinoids is the main cause of pollinator decline. However, consumers face a barrage of information from various groups that often contain conflicting messages about the effects of pesticides on pollinators. The decision about which sources to trust can be difficult. Often the level of trust an individual consumer has about a news source and/or type of information (neutral or negative) is dependent upon varying characteristics of that individual.

Furthermore, they hypothesized that linking pesticides to pollinator decline would increase the likelihood of a consumer purchasing a pollinator-friendly plant compared with not providing any information.

By understanding the impact of messaging from different sources, industry associations, policymakers, and stakeholders gain a better understanding of how their messaging will influence consumer decision making and of policies at the state and regional levels.

Campbell and Steele gained consumer information by using an online survey designed to reveal many aspects about potential consumers, the degree of trust carried by various information sources, and information types rated for their probable level of success. A total of 785 respondents completed their survey.

They discovered that to consumers, all sources of information are not the same. The level of trust, or lack thereof, consumers place in a source is influenced by a multitude of factors. Firms that can identify which sources of information are trusted by their consumer base and which sources are not, can develop effective marketing strategies that will aid their marketing efforts.

The results show that information from the federal government, nursery/greenhouse industry associations, and environmental activist groups has the same impact on self-reported future pollinator-friendly plant purchasing as the no-information group.

Campbell further reflects, “What I find extremely interesting is that information alone can have a positive impact on consumers’ willingness to purchase more pollinator friendly plants compared to no information. For instance, generic information with no source as well as information linking and not linking pesticides increases willingness to purchase pollinator friendly plants. Further, it is interesting that only universities and major media outlets drive changes in consumer behavior, while other sources of information had no effect. So from this we see that information can move the needle on what consumers purchase, but producers/retailers need to be aware that not all information sources are the same.”

How drones can help farmers

Treating bees like livestock can benefit any agricultural system
June 8, 2021