Home » What is Trichoderma and how it is beneficial? 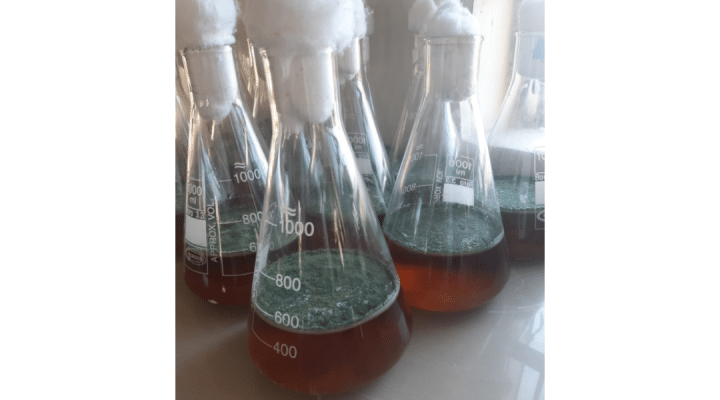 Fungus Trichoderma growing in a broth culture medium which has been isolated from the soil. It is just one of many microbes that naturally grow in the soil. (Credit: Lovepreet Singh)

WASHINGTON — “Trichoderma” is the Latin name for a genus of fungi that are present in all types of soils. The Soil Science Society of America’s (SSSA) July 19th Soils Matter blog explores these fascinating fungi and how scientists have found that applying captured Trichoderma on farm fields can help crops.

According to soil scientist and blogger Lovepreet Singh, Trichoderma is present naturally in the soil and it has been isolated by scientists in the lab. It is a filamentous fungus, and it belongs to group Deuteromycetes which means it reproduces by producing spores.

Trichoderma interacts with plants, which in result produces beneficial effects for plants. Trichoderma colonizes the roots of plants. They can penetrate the outer “skin” of the plant, resulting in plant-microbe-soil environment interaction.

Several strains of Trichoderma produce various “secondary metabolites.” Compounds like epipolythiodioxopiperazines, peptaibols, pyrones, and pyridones help in plant development and promotes plant growth. When the fungus colonizes the plant roots, the plant develops more robust roots. Trichoderma has effects on physical attributes of the plants, and effects how it grows and metabolizes nutrients – its physiology. This can lead to better yield and quality of the produce.

Seed treatment with Trichoderma leads to better germination of plants and more and healthier plants in the field.

The most important benefit from the fungus is its ability to fight diseases caused by other microbes. Trichoderma shows antagonistic interactions with other pathogens by various mode of actions, and it saves plant from dying.

Using fungi like Trichoderma is an alternative to pesticide use. This is called a biological control method.

How do scientists isolate the fungus from the soil?

Scientists collect soil samples from diverse fields, and then place cultures on a type of gel that any fungi can grow on. This helps isolate the fungus for study. Trichoderma produces green colored colonies when cultured in the lab. If other colors of colonies show up in the gel, we isolate the green sections, confirm them, and grow them in new dishes.

How is Trichoderma research applied in farm fields?

Researchers have found that there are many compounds related to Trichoderma which makes it useful in agriculture. They can grow large amounts of the fungus in labs. Trichoderma based commercial products are mainly powder and liquid formulations. For powder type formulations Trichoderma cultures (active ingredient) are mixed with talcum powder (inert matter). Other agricultural waste materials such as wheat and rice straw, sugarcane bagasse, ground corn cobs, sawdust, rice bran can be used as inert matter. The mixture is then dried and ground to powder. This powder can be applied to seeds or soils to tackle plant diseases.