Home / Wisconsin / What is the Wisconsin state soil?
A new user experience is coming! We'll be asking you to login to your Morning Ag Clips account March 1st to access these new features.
We can't wait to share them with you! Read more here. 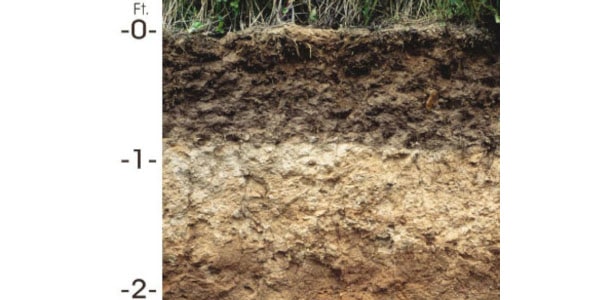 MADISON — Many states have a designated state bird, flower, fish, tree, rock, etc. Most states also have a state soil – one that has significance or is important to the state. The December 1st Soils Matter blog explains why Antigo Silt Loam was chosen as the state soil for Wisconsin.

Antigo Silt Loam can only be found around – Antigo, Wisconsin! This is located in the north-central part of the state. Antigo Silt Loam covers 300,000 acres of land in about thirteen Wisconsin counties, and some areas of neighboring Minnesota.

Thousands of years ago, glaciers spread across the Midwest. The last glacier formations to recede are called the Wisconsin Glaciation. When these glaciers melted, they left behind all the mineral debris they had picked up during their formation. This included sand and gravel. Later, silt and clay blew over the land that is now called Antigo Silt Loam.

Most of the area covered with Antigo Silt Loam are uses for crop production. To do this, original forests were cleared hundreds of years ago, but this also left nutrients in the soil that are good for farming. The principal crops are corn, small grains, and hay. In some places, potatoes and snap beans are important crops and some areas are grazed with animals.

Antigo Silt Loam is a wonderful soil because it readily absorbs water – water that crops and trees need to grow! But its composition also makes it less likely to filter water as well as other soil types. This means pollutants can travel down through the soil and into the groundwater. It also limits the ability of homeowners to use septic tanks, as water filtering ability is very important to septic system’s success.