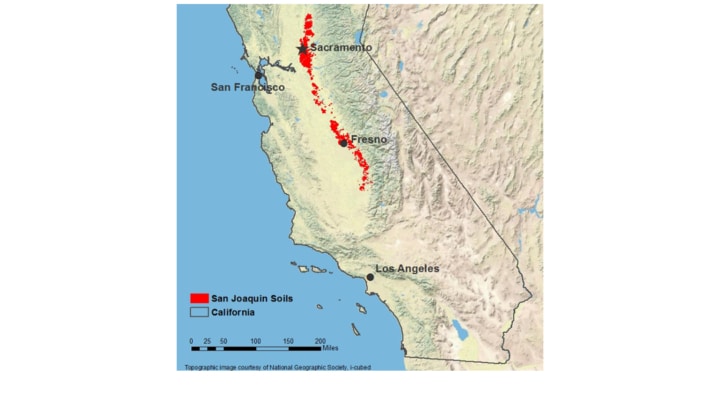 SACRAMENTO — Many states have a designated state bird, flower, fish, tree, rock, etc. And, many states also have a state soil – one that has significance or is important to the state. The San Joaquin is the official state soil of California. The Soil Science Society of America’s (SSSA) January 14th Soils Matter blog explores how the San Joaquin is important to California and even the entire world.

San Joaquin soil is not the best soil to produce crops. However, with proper management, this soil has produced many billions of dollars of agricultural wealth for California’s economy. San Joaquin soils today support growth of an abundant variety of irrigated crops including almonds, pistachios, figs, grapes, oranges and wheat.