Home » What does the detection of avian flu mean for Pennsylvania? 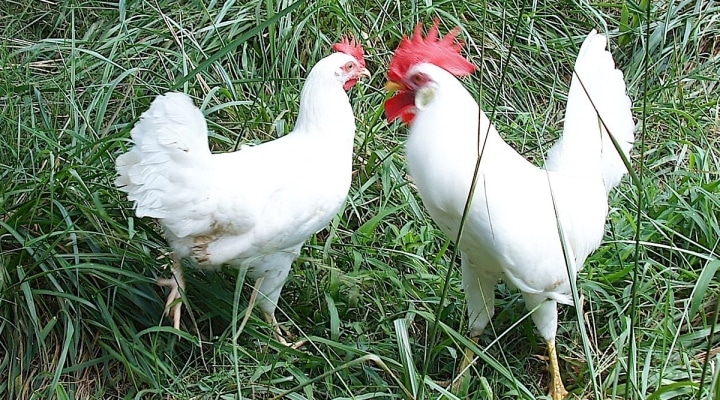 Pennsylvania is the latest state to report a confirmed detection of highly pathogenic avian influenza, or HPAI, in a commercial poultry flock, leading state officials, industry leaders and Penn State poultry specialists to redouble efforts to contain the virus and educate producers, backyard flock owners and the public about the disease. (photo by Clemson University)

UNIVERSITY PARK, Pa. — Pennsylvania is the latest state to report a confirmed detection of highly pathogenic avian influenza, or HPAI, in a commercial poultry flock, leading state officials, industry leaders and Penn State poultry specialists to redouble efforts to contain the virus and educate producers, backyard flock owners and the public about the disease.

On April 18, the Pennsylvania Department of Agriculture announced the detection of HPAI affecting about 1.4 million chickens in a commercial layer operation in Lancaster County, the first confirmed case of HPAI in commercial poultry in the state since an outbreak in 1983-84. As of April 15, HPAI had been confirmed in 27 states in the Midwest and on the East Coast, leading to the loss of at least 26 million U.S. chickens, turkeys and wild birds so far this spring.

What does it mean for the state’s poultry industry now that the virus has made its way into a commercial flock? What can poultry producers and small-flock owners do to reduce the risk of spread? And does HPAI pose a threat to food safety and human health?

Poultry specialists with Penn State’s College of Agricultural Sciences and Penn State Extension provide some answers to these and other questions.

According to USDA, avian influenza is caused by an influenza type A virus that can infect poultry — such as chickens, turkeys, pheasants and quail — and wild birds, especially waterfowl, gulls and shorebirds.

Strains of avian flu virus vary in pathogenicity, or their ability to cause disease. Highly pathogenic avian influenza, or HPAI, strains are extremely infectious, often fatal to poultry, and can spread rapidly from flock to flock. On the other hand, low-pathogenicity, or “low-path,” avian flu can infect domestic poultry, creating mild or no signs of disease. Both high- and low-path viruses can be carried by migratory birds which often are asymptomatic to the infection.

— What are the signs of illness in poultry infected with avian influenza?

“You may see unexplained, sudden death among birds in your flock, and that may be the first and only sign you notice,” Lorenzoni said. “Other possible symptoms are swelling of the head and facial tissues, purple discoloration of the comb and wattles, a sudden drop in feed and water consumption, diarrhea, and lethargy.”

— What’s at risk from avian influenza?

Pennsylvania’s poultry industry, the commonwealth’s second-largest agricultural sector, is valued at more than $7.1 billion annually, according to the state Department of Agriculture. Pennsylvania is ranked fourth among states in egg production, and Lancaster County is among the top four counties nationally in sales of poultry and eggs. In addition, keeping small and backyard poultry flocks has risen in popularity in recent years.

A major 2014-15 outbreak of HPAI affecting the Midwest and West Coast led to the death of more than 50 million chickens and turkeys — largely in the upper Midwest — which had an economic impact on the U.S. economy of about $3.3 billion.

— Is this strain of avian flu a threat to human health?

According to the U.S. Centers for Disease Control and Prevention, the Eurasian strain of H5N1 avian flu virus causing recent HPAI outbreaks in the United States presents a low risk to public health. No human cases of this virus have been detected in the U.S.

— Can I get avian influenza from eating poultry or eggs?

No. Poultry and eggs that are properly prepared and cooked — to an internal temperature of 165 F — are safe to eat. Proper processing, handling and cooking of poultry will provide protection from viruses and bacteria, including avian influenza.

— How can I protect my birds from getting avian flu?

Follow common-sense biosecurity practices that isolate your flock from other birds, advises John Boney, assistant professor of poultry science and Penn State Extension Poultry Team leader. “In particular, keep your birds away from any possible contact with wild waterfowl, such as ducks and geese, and shorebirds such as gulls and terns, or their droppings,” he said. “Also, keep poultry away from the water sources where these wild birds congregate.”

Other recommendations from the poultry team:

— Immediately clean up feed spills to avoid attracting wild birds on your premises.

— Limit visitors to only those essential for business. Make sure all visitors follow your biosecurity plan.

— Wear dedicated footwear and clothing while servicing your poultry to minimize the potential spread of the virus.

— Sanitize boots, hands and tools before entering your flock premises.

— Clean and disinfect equipment that comes into contact with birds.

“Biosecurity is as much an attitude as it is a practice,” added Gregory Martin, poultry extension educator based in Lancaster County. “You can’t cut corners. You may know what the best practices are, but they may not be effective unless you follow them consistently, every time.”

— What happens when HPAI is detected in poultry?

If HPAI is detected in a domestic poultry flock, the Pennsylvania Department of Agriculture will initiate a quarantine of the infected flock premises. Agriculture officials will oversee depopulation, disposal and clean-up activities on the premises.

All birds in the flock that have not yet died from the virus infection can be inventoried for indemnification purposes and will be euthanized to prevent the spread of disease. Often, carcasses will be composted on site to kill pathogens before disposal, and the poultry house then will be cleaned and disinfected thoroughly.

Authorities will test other flocks in a “control zone” within a few miles around the infected premises at intervals to detect any new infections. Once conditions are met to end the quarantine on a premises, including test results that indicate there is no viable avian flu virus in the environment, new birds can be brought in to start the next flock.

— Should homeowners be concerned about birds congregating at backyard feeders?

So far, Pennsylvania residents have not been advised to remove backyard bird feeders, unless they are in proximity to poultry flocks. “The birds that typically are attracted to feeders — songbirds and associated species — are not the species that have most often tested positive for HPAI virus to date,” said Justin Brown, a wildlife veterinarian and assistant teaching professor in veterinary and biomedical sciences at Penn State.

“Songbirds can be infected with these viruses but are much lower risk than other groups of birds, such as waterfowl, scavengers and so forth,” he said. “Therefore, bird feeding would be unlikely to be a significant risk factor for this disease. Nevertheless, residents should know that this guidance could change quickly as the situation evolves.”

However, residents should refrain from feeding ducks, geese and other waterfowl at public parks, nature preserves and other areas where these birds congregate, according to Martin, the Penn State Extension poultry educator. “Feeding the ducks at your local park may discourage them from continuing on their migratory route,” he said. “The longer they stick around, the more chances they will have to contract and spread avian flu.”

— How do I report a suspected case of avian flu?

— Where can I learn more?

Getting to the root of corn domestication