Home » What does New York's ban on poultry shows entail? 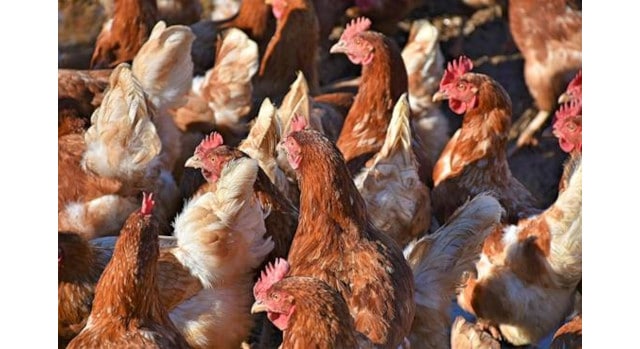 Events that bring poultry together from multiple locations are banned until further notice under two recent orders from Commissioner Ball and the NYS Department of Agriculture and Markets to help stop the spread of avian flu. (Courtesy Photo)

SOUTHWEST, N.Y. — Highly Pathogenic Avian Influenza, a highly contagious, fatal, flu-like disease of poultry, has been spreading across the state since February. As of April 19, 2022, New York has seen the disease in 8 domestic flocks: One commercial, one captive wild birds, and the remainder were backyard flocks. Over 10,000 birds have died or have been euthanized. These positives started in the eastern region of the state but have moved westward over the spring season. Domestic bird positives have been confirmed in Dutchess, Fulton, Orleans, Monroe, Suffolk, and Ulster Counties. Wild bird positives have been identified in Cayuga, Seneca, Suffolk, and Wayne Counties. The most recent cases in domestic flocks in NYS were identified in the first week of April.

On March 25, 2022, Commissioner Ball and NYS Department of Agriculture and Markets announced that the state would be proactively banning all live fowl shows and exhibitions to stop the potential spread of HPAI. This meant that fairs, public hatching events, fowl shows, and other events like them would not be allowed until further notice.

On Thursday, April 14th, the ban had been expanded to include all fowl auctions and other events where people can purchase, sell, swap, or trade fowl. The reasoning behind this update was the same as the original notice from March: to limit the congregation of poultry from different farms and homesteads to reduce the spread of disease. At this time, the ban does not include individual farms selling poultry, farm supply stores, chicks being shipped into the state from hatcheries, poultry processors that operate under a 5A or USDA Exemption, or live bird markets.

While both bans are in place until further notice, the situation will be re-evaluated at the end of May.

In the meantime, it’s important that poultry owners remain on high alert for any unusual illness or deaths in their poultry flocks. Symptoms including death without an apparent cause; lack of energy or appetite; a sudden drop in egg production or an increased number of eggs with malformed shells; swelling of the head, comb, eyelids, wattles, and hocks; purple discoloration of the wattles, combs, and legs; nasal discharge, coughing, and sneezing; discoordination; and diarrhea can all be symptoms of the virus. Any suspicious illness can be reported to: