Home / Oklahoma / What causes post-meal drowsiness on Thanksgiving day?
A new user experience is coming! We'll be asking you to login to your Morning Ag Clips account March 1st to access these new features.
We can't wait to share them with you! Read more here. 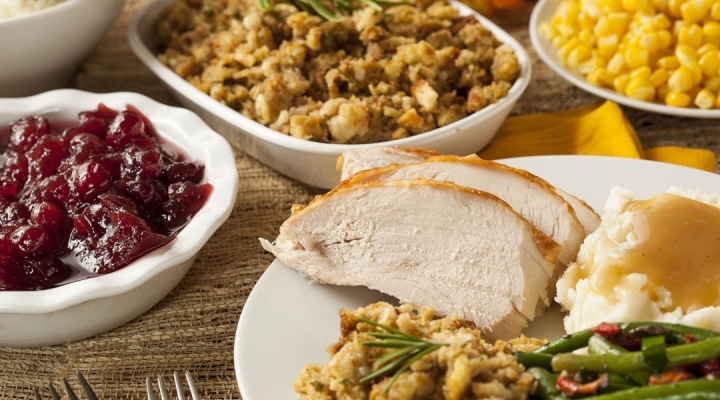 A person can feel groggy on Thanksgiving day after indulging in the traditional meal. (Courtesy Photo)

STILLWATER, Okla. ­– After devouring the traditional foods on Thanksgiving, the feeling of drowsiness can become overpowering. The post-meal nap on turkey day has given rise to the myth that glazed turkey can make a person feel heavy-eyed.

Natural sleep cycles and digestive patterns can cause people to feel sleepy after eating, but foods rich in protein and carbohydrates can make people feel groggier compared to other foods.

“For years, conversations have placed the blame on the tryptophan in the turkey,” Scott said. “But there’s not that much more tryptophan in turkey than in other poultry.”

Tryptophan is an essential amino acid and is a nutrient people don’t normally produce in their bodies, but instead it typically comes from foods consumed, he said. There is approximately a quarter of a gram of tryptophan per 100 grams of poultry.

The amount of serotonin in a person’s brain becomes metabolized into melatonin as turkey and carbohydrates are digested, Scott said. It’s the melatonin that scientists think makes people feel drowsy.

So, feel free to take a post-Thanksgiving meal nap after the plates are cleared, just don’t blame it on the turkey.

FAPC, a part of OSU’s Division of Agricultural Sciences and Natural Resources, helps to discover, develop and deliver technical and business information that will stimulate and support the growth of value-added food and agricultural products and processing in Oklahoma.