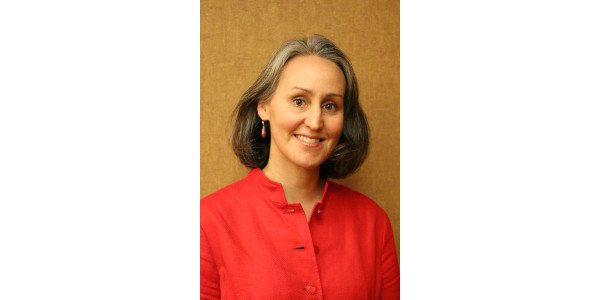 “Lax regulations in Wisconsin are not going to solve the nationwide dairy price crisis,” said WFU Government Relations Director Kara O’Connor. “In contrast, real solutions to the dairy crisis exist that would benefit all sizes of farms, from the smallest to the largest, as demonstrated by a recent study conducted by Mark Stephenson of the University of Wisconsin and Chuck Nicholson of Cornell University, which can be found at dairytogether.com." (Courtesy of Wisconsin Farmers Union)

CHIPPEWA FALLS, Wis. — On Sept. 16, a number of agriculture industry groups convened at the state capitol for a press conference calling for the state’s ag oversight agency to reject proposed changes to rules that regulate local approval of new or expanding livestock farms, known as ATCP 51. Wisconsin Farmers Union today expresses disappointment at these groups’ defense of the status quo, as well as their call to diminish local control over large livestock operations.

In a joint statement, the industry groups said that “the negative impacts of the proposed rule revisions – which will without a doubt stymie further growth of livestock agriculture in Wisconsin – will be felt not just by livestock producers.”

In 2018, Wisconsin lost nearly 700 dairy herds, according to the state Department of Agriculture, Trade and Consumer Protection. Much of the volatility that is driving farms out can be traced back to oversupply of milk that is outpacing profitable demand.

ATCP 51 was originally adopted as a bipartisan compromise between Republicans, Democrats, and other key players to strike a fair and balanced agreement between Wisconsin agriculture’s push to maintain its position as the Dairy State and local governments’ concern that they had available the tools necessary to oversee Concentrated Animal Feeding Operations (CAFOs) entering their communities. More than a decade later, despite significant advances in science and even more significant advances in technology, livestock siting standards have remained unchanged.

“DATCP is currently doing exactly what the Livestock Siting Law contemplated, which was to make periodic and substantive changes to these rules with the benefit of Technical Committee recommendations,” according to WFU Government Relations Director Kara O’Connor. There are parts of the existing rules that are outdated, unworkable, and contrary to the available science, and frankly it’s troubling to see some of our fellow agriculture groups defending the indefensible.”

In line with the policy drafted by its grassroots membership of family farmers, Wisconsin Farmers Union asks that the DATCP board use the ATCP 51 process to hold large livestock operations accountable for the damage they are causing to land, water, roads, and neighboring property values. The setbacks need to be greater, the caps on permit fees need to be increased or eliminated entirely, and farms need to document and have written contracts to prove that they have the land base to handle the manure from all animal units allowed under the permit. Periodic visual inspections should be conducted of all manure pits, not just pits over 10 years old.

“Lax regulations in Wisconsin are not going to solve the nationwide dairy price crisis,” O’Connor said. “In contrast, real solutions to the dairy crisis exist that would benefit all sizes of farms, from the smallest to the largest, as demonstrated by a recent study conducted by Mark Stephenson of the University of Wisconsin and Chuck Nicholson of Cornell University, which can be found at dairytogether.com. For the past four years, Wisconsin Farmers Union has advocated for just such policies to improve farm incomes for all farms. We believe that farmers need to be part of the solution in ensuring that everyone has access to clean drinking water, and revisions to ATCP 51 are part of that commitment.”

Wisconsin Farmers Union calls on the DATCP board to move forward with ATCP 51 rule revisions to improve the economic, environmental, and social well-being of Wisconsin’s farming communities.

Wisconsin Spudmobile to be at barn dance