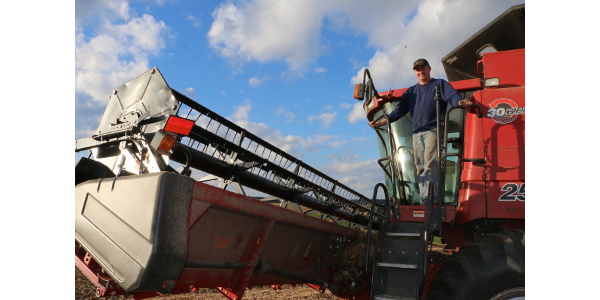 CHIPPEWA FALLS, Wis. — The U.S. House and Senate versions of the farm bill, the “Agriculture and Nutrition Act of 2018,” differ markedly in several important areas — conservation appropriations, work requirements on Supplemental Nutrition Assistance Program benefits, and constraining expenditures. The Wisconsin Farmers Union Grain Committee advocates that the following considerations be given in the Conference Committee:

First, given the present status of agricultural markets that are adversely affected by a U.S.-initiated trade war that has resulted in retaliatory tariffs on U.S. agricultural commodities and that appears to be long-lasting, our committee supports measures to compensate farmers for looming losses resulting from these tariffs.

Further, crop insurance only is effective so far, but is not applicable until farmers have incurred losses after the crop year. Crop or general insurance coverage may be of limited assistance in 2018, but will be sorely lacking in necessary compensation in later years. It remains questionable at best whether the Commodity Credit Corporation can adequately and timely buy up, store, and market the commodities that will not be sold to traditional buyers at a rate commensurate with what the farmer lost because of the tariffs.

Second, with the over-production of traditional crops and the deleterious effects of the tariffs, Conservation Reserve Program lands should be increased beyond the proposed acres (House at 29 million and Senate at 25 million), but the more the better. The WFU Grain Committee proposes subsidy payments at current market rental rates and a re-opening of the sign-up period.

Third, in line with the Senate version, conservation programs, such as the Conservation Stewardship Program and Environmental Quality Incentive Program, should not be reduced or eliminated, but expanded. These program payments help farmers engage in conservation practices at a time when farmers are experiencing operating and income losses.

Fourth, because of over-production of all grain crops, dairy, cranberries, some vegetables, and meat, some form of supply management should be mandated. Cooperative level supply management (specifically with regards to milk) has already been implemented by many co-ops. A federally managed system should be explored and, if found beneficial to most farmers, this system can provide some form of inventory control (as per University of Tennessee Professor Harwood Schaffer’s approach in “Market Driven Inventory System”). Alternately, we propose an inventory management program that is directed by farmers engaged in growing that respective commodity.

Existing programs for dairy rely on a market structure that is a quarter-century old. The pricing structure for such is no longer appropriate.

Fifth, farm legislation should be able to direct the Department of Justice to address market monopoly and oligopoly structures that undermine competition and obstruct the payment of living-wages and fair prices.