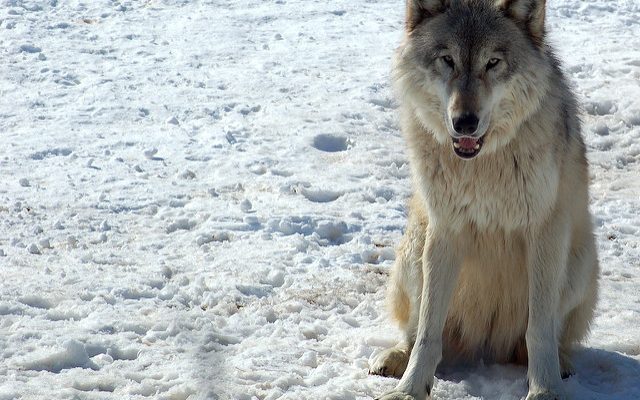 The proposed Gray Wolf Delisting legislation would reinstate the U.S. Fish and Wildlife Service’s (FWS) order to remove the gray wolf in the Western Great Lakes and Wyoming from the federal Endangered Species List. (Derek Bakken via Flickr)

MADISON — The Wisconsin Farm Bureau Federation supports the Gray Wolf Delisting Bill, H.R. 424, co-authored in the House of Representatives by Congressman Sean Duffy and Congressman Collin Peterson (D-MN) and S. 164 introduced in the Senate and co-authored by Senators Ron Johnson and Tammy Baldwin from Wisconsin, Senators John Barrasso and Mike Enzi from Wyoming and Senator Amy Klobuchar from Minnesota.

The number of wolves in Wisconsin also exceeds the FWS criteria to federally delist wolves. Wisconsin’s management plan has successfully followed a science-based approach designed to maintain the prescribed wolf population of 350 since 2012.

Although wolf numbers in Wisconsin have long recovered past the point of needing federal protection, lawsuits from animal rights groups have kept this issue in a back-and-forth legal limbo. The latest legal ruling means Wisconsin farmers do not have the authority to protect their livestock from wolves, even as they are being attacked.

“Wolves have become consistent threats to livestock,” Holte added. “Farmers should be able to protect their livestock from wolves during hunting or trapping seasons as well as during the act of attacking livestock.”

Experts at the FWS have determined Wisconsin’s wolf population recovered to a level that no longer requires it to be listed as endangered. Management of the wolf population should therefore be restored to the Wisconsin DNR.