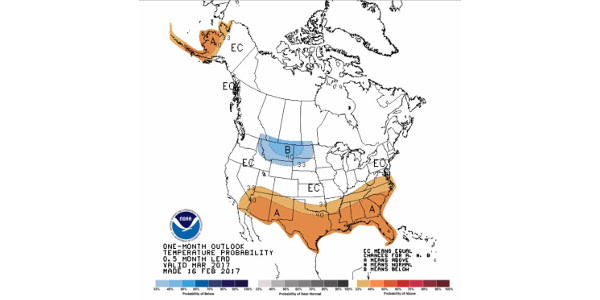 Figure 1. Temperature outlook for March 2017. Northwestern South Dakota is more likely to have cooler than average temperatures in the month ahead. (Source: NOAA Climate Prediction Center)

BROOKINGS, S.D. — Wetter than average conditions are expected across South Dakota through the spring, according to the National Oceanic Atmospheric Administration’s Climate Outlook released Feb. 16, 2017.

This does not come as a surprise, said Edwards, pointing to the recent wetter than average conditions across most of the state. “A steady stream of rain and snow events have crossed the region this season. As a result, all but the far northwest, has had above average precipitation,” Edwards said.

The March 2017 climate outlook predicts more moisture. “If this becomes a reality, it could further alleviate drought concerns in the western counties and potentially provide good moisture for spring growing conditions,” Edwards said.

Frost potential for winter wheat
The temperature outlook for March 2017 indicates cooler than average conditions could prevail in the northwestern corner of South Dakota. Elsewhere in the state, Edwards said the data shows equal chances of warmer, cooler or near-average temperatures.

Based on current conditions, Edwards added that February 2017 will likely end up much warmer than average. “The current forecast shows continued warm weather through the end of the month,” she said.

Substantial snow melt occurring the week of Feb. 13 could have adverse effects on winter wheat, Edwards explained, by potentially exposing it to frost or freeze later this spring. “For now, this pattern will spill into early March. Then the area of high pressure that is parked over the region will gradually move eastward. Temperatures will likely return to near average for this time of year or slightly cooler than average,” Edwards said.

“In our state, the Missouri River has been the dividing line between colder than average and warmer than average temperatures so far this winter season,” Edwards said of the weather phenomena.

Three-Month Outlook
The outlook for the next three months leans toward an increased likelihood of wetter than average conditions. “March through May could overall be wet, which could create muddy calving conditions and limited access to crop fields, slowing planting progress,” Edwards said.

She added that this could especially be an issue on the eastern side of the state which is carrying over excess soil moisture from a wet fall. “The Big Sioux watershed is a region that could especially have some slow progress this spring,” she said.

For the western region, the additional moisture that is forecast could help pasture and forage conditions and setting the stage for a good small grains growing season.

Warmer conditions are also in the three-month forecast for the southeastern corner of South Dakota.

“This could potentially be good news for farmers who could use some warmth to heat up and dry out soils during corn and soybean planting season,” Edwards said. 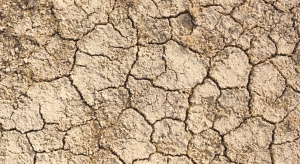 BROOKINGS, S.D. — The climate outlook for the spring season has increased concern for drought to continue in South Dakota. On March 17, the U.S. Drought Monitor showed two-thirds of the state in either moderate or severe drought. The climate outlook, released the same day, has odds leaning toward warmer and drier than average climate […] 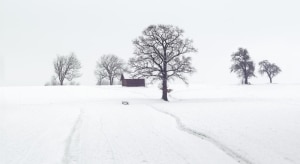 BROOKINGS, S.D. — La Niña conditions have been officially declared this season by the National Oceanic and Atmospheric Administration (NOAA), but what does that mean for South Dakota’s winter climate, and this year’s outlook in particular? According to Laura Edwards, South Dakota State University (SDSU) Extension State Climatologist, warm and wet conditions this fall have […]

BROOKINGS, S.D. – In like a lion, out like a lamb? The climate forecast for March appears to be up in the air for both temperature and precipitation, with the potential for some swings in either direction. According to the latest National Oceanic and Atmospheric Administration (NOAA) outlook, there is no clear, consistent signal if […] 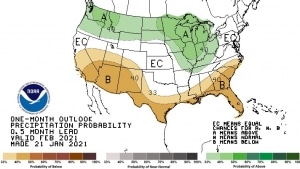 BROOKINGS, S.D. — South Dakotans’ apprehension of an impending drought has been growing, and rightfully so, says Laura Edwards, SDSU Extension State Climatologist. According to the latest National Oceanic and Atmospheric Administration climate outlook, there will be minimal moisture reprieve in the months to come. The U.S. Drought Monitor map released January 21 shows over […]