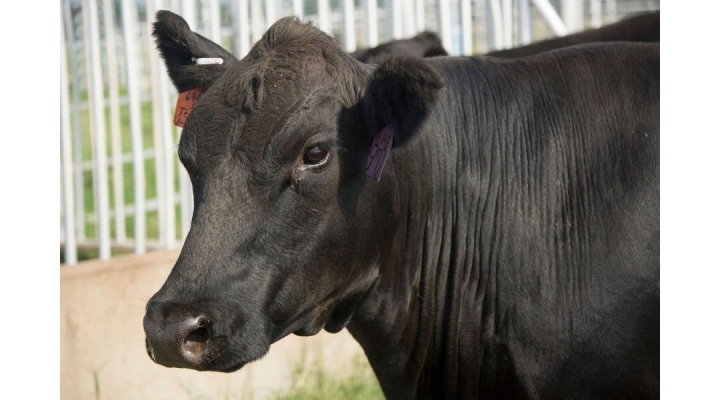 A cow goes in search of one of its favorite foodstuffs, but bermudagrass pasture has been off the menu across much of Oklahoma so far this year. (Todd Johnson, OSU Agricultural Communications Services)

STILLWATER, Okla. — Weeks of rainfall across Oklahoma has made bermudagrass pastures too wet for many producers to get out and practice desired weed control.

“Overall, bermudagrass pastures are looking pretty rough, but there really hasn’t been all that much producers could do. Everyone was at the mercy of the cool weather and amount of subsoil moisture that saturated the ground, so weeds have kind of run wild,” said Cody Linker, Lincoln County Extension Office agricultural educator.

It has been the same in Pittsburg County, where producers have been waiting for the rains to let up. Fortunately, flooding has not been a widespread issue, said David Cantrell, Pittsburg County Extension Office director and agricultural educator.

“We had some creeks and streams flow over their banks a bit, but most of the issues have generally revolved around the ground being too wet, both in our rural and urban areas,” he said. “People weren’t able to reseed lawns this spring and livestock producers saw their bermudagrass pastures green up early but have been unable to perform all the management practices to take advantage of the resource.”

Clover has done well, Cantrell said, and many local producers have been taking advantage of the alternative pasture resource. Some Pittsburg County producers were able to continue feeding hay and supplement as well.

Basically, weed-control pasture management practices that typically would have been completed by mid-June have yet to be started. That will change – eventually – and when it does, Linker, Cantrell and Oklahoma State University Extension Weed Scientist Todd Baughman caution producers to follow label directions on whatever herbicide they choose.

“Always of paramount importance is to pay attention to the interval following the herbicide application before allowing livestock to graze the pasture, removing the animals for processing or cutting the pasture for hay,” Baughman said. “There is science behind the label directions.”

“Timing is critical,” Baughman said. “Animals are going to do what animals naturally do. It’s up to the producer to follow all label directions and manage the situation properly.”

The size of the weeds also will be an issue. Bigger weeds will make larger herbicide application rates a necessity once producers are able to spray. Baughman, Cantrell, Linker and Mayes County Extension Director Michael Rose advise pasture managers to consult with their OSU Extension county office.

“It’s been so wet and cool this year that some of the typical dates for replanting certain forages in specific areas have been thrown off; it’s on the verge of becoming a possible plant development issue,” Rose said. “Bermudagrass will likely be okay once we get some sunshine and the weather warms up. However, producers may need to review their overall pasture management plan. That is a process with which your local OSU Extension agricultural educator can help.”