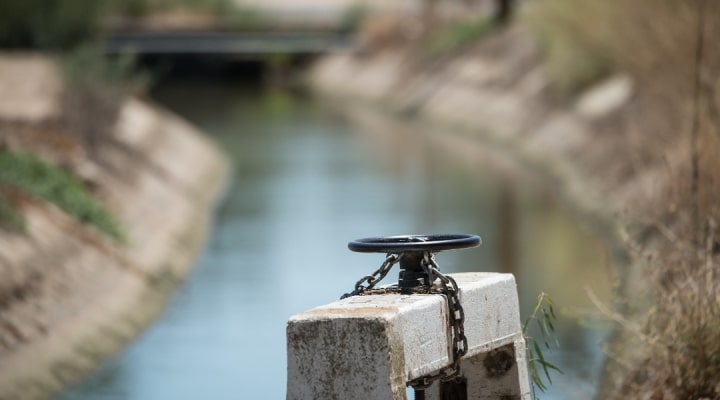 The Senate voted this week in favor of the legislation that seeks to rebuild U.S. roads and highways, improve broadband internet access and modernize water pipes and public works systems. (U.S. Department of Agriculture, Public Domain)

WASHINGTON (AP) — Included in the sweeping $1 trillion infrastructure bill approved by the Senate is funding for Western water projects that farmers, water providers and environmentalists say are badly needed across the parched region.

The Senate voted in favor of the legislation that seeks to rebuild U.S. roads and highways, improve broadband internet access and modernize water pipes and public works systems. The bill’s future in the House is uncertain.

The federal funding would come as the West bakes under a decadeslong drought that is straining water supplies.

A look at some ways the $8.3 billion for water projects would help bring relief in coming years.

The plan would provide $1.15 billion for improving water storage and transport infrastructure such as dams and canals. Groundwater storage projects, which replenish underground aquifers that aren’t vulnerable to evaporation, would also get funding. Western states have for years over-pumped groundwater from wells during dry years, even causing land to sink in parts of California.

“California has to do more to store and otherwise stretch the use of water in wet years in order to have enough to sustain through the dry years,” said California Sen. Dianne Feinstein, a Democrat whose office helped get water provisions in the bill.

To help stretch existing water supplies, $1 billion would go toward projects that recycle wastewater for household and industrial use. Many states and cities already have or are developing programs that recycle storm water runoff and wastewater. The U.S. Bureau of Reclamation, which manages water, dams and reservoirs in 17 Western states, would decide which projects are funded.

Prolonged drought, scorching temperatures and climate change are draining the Colorado River that supplies water to 40 million people and farmland in the West. The bill would provide $300 million for drought measures, such as conservation and storage projects, to maintain water levels at the river’s reservoirs and prevent additional water cuts.

Already, the first-ever shortage declaration at the river is expected next week. Some Arizona farmers will be among those to feel the effects next year.

The bill would add $250 billion for studies and projects to make sea water and brackish water usable for agricultural, industrial and municipal use. Desalination plants send ocean water through filters that extract fresh water and leave behind salty water that’s often returned to the ocean. The technology is expensive but increasingly viewed as a critical way to supplement water supplies in drought prone areas.

About $800 million would fund improvements and repairs at dams that are used for drinking water, irrigation, flood control and hydropower. Scores of dams across the U.S. are in poor or unsatisfactory condition, according to state and federal agencies. In 2017, damage at California’s Oroville Dam prompted evacuation orders covering nearly 200,000 people. Feinstein’s office recently said that California alone has 89 dams that are “in less than satisfactory condition.”

Another $1 billion would be dedicated for water projects in rural areas, where aging water treatment facilities and infrastructure are often in need of repair.

Taken together, the water projects funded by the infrastructure plan could make an impact in the West, said Dan Keppen, executive director of Family Farm Alliance, which lobbies for farmers, ranchers and irrigation districts.

“It’s sort of an all-of-the-above approach and that’s what’s needed,” he said.

The Associated Press receives support from the Walton Family Foundation for coverage of water and environmental policy. The AP is solely responsible for all content. For all of AP’s environmental coverage, visit https://apnews.com/hub/environment