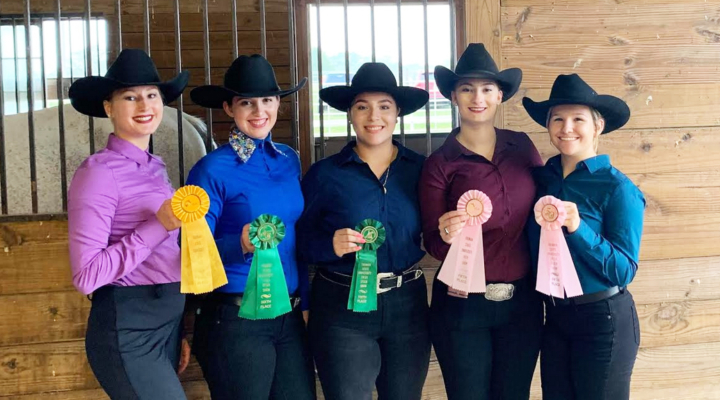 The Intercollegiate Horse Show Association (IHSA) hosts various shows throughout the year, providing the opportunity for teams to compete and progress through a point system.

“As a new, up and coming organization on campus, we’re thrilled to have the opportunity to represent the University along with the School of Agriculture,” said team President Haley Smith, a senior agriculture major of Laura, Ill. “For two of the girls, this was their very first horse show ever. We’re very proud of how all the girls did and we’re looking forward to the next show in October.”

For more information about the team, visit bit.ly/2mFEQfY.