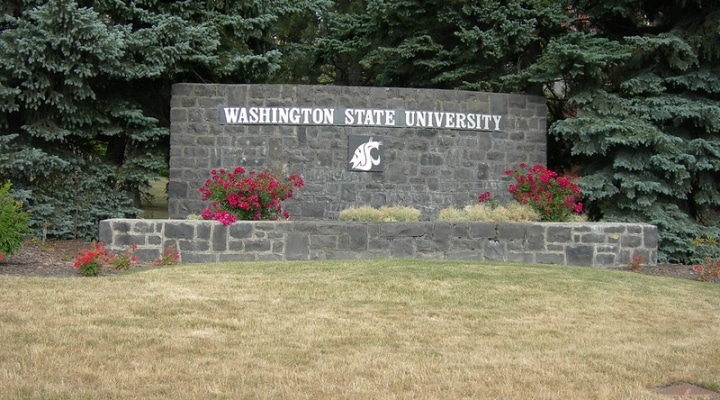 “Discovery in this college touches all corners of Washington, and I am excited by the opportunity to harness that potential,” Wendy Powers said. “What’s really drawing me is the chance to make a difference for all Washingtonians by supporting advancements and sharing new ideas in agriculture, natural resources, and the human sciences.” (Jimmy Emerson, DVM via Flickr/Creative Commons)

“Dr. Powers draws from a deep well of experience in leading the land-grant mission,” said Provost Chilton. “She embodies that mission through her collaborative work with agricultural producers and research peers nationwide. Her demonstrated success in fostering academic excellence, resilient partnerships, and community engagement across many states makes her ideally suited to lead this college into the future.”

Powers said she’s honored to be part of the CAHNRS story.

“Discovery in this college touches all corners of Washington, and I am excited by the opportunity to harness that potential,” she said. “What’s really drawing me is the chance to make a difference for all Washingtonians by supporting advancements and sharing new ideas in agriculture, natural resources, and the human sciences.”

As the associate vice president for Agriculture and Natural Resources, Powers has led academic, research, and outreach programs for the University of California since 2016. She built partnerships within and beyond the university, overseeing county-based cooperative extension outreach, 12 statewide programs and institutes, and nine research and extension centers across California.

As a scientist, Powers linked research discovery with outreach to the livestock industry, providing knowledge and tools to help producers reduce their environmental impacts while staying competitive and meeting growing consumer demand. She holds a doctorate in animal science and a master’s degree in dairy science from the University of Florida, and a bachelor’s degree in animal science from Cornell University.

“On behalf of the university, I share my deep gratitude to Dr. Koenig for his stewardship and leadership of CAHNRS,” Chilton said. “He has been a steady, positive force for the college during an era of change, and I wish him great success as he returns to chair the Department of Crop and Soil Sciences.

“I also thank all of the candidates, as well as all faculty, staff, and agricultural partners on the search committee for their efforts in bringing new and inspiring leadership to CAHNRS,” she added.

CAHNRS shares WSU research and discovery with Washington through an expansive state presence, with 12 schools and departments, three Extension Program Units, four Research and Extension Centers, and Extension offices serving 39 counties as well as the Confederated Tribes of the Colville Reservation.

Enter the Certified Angus Beef Cook-Off Contest by May 15