Home / Alabama / Weigh in on Pecan Promotion, Research & Information Order
A new user experience is coming! We'll be asking you to login to your Morning Ag Clips account March 1st to access these new features.
We can't wait to share them with you! Read more here. 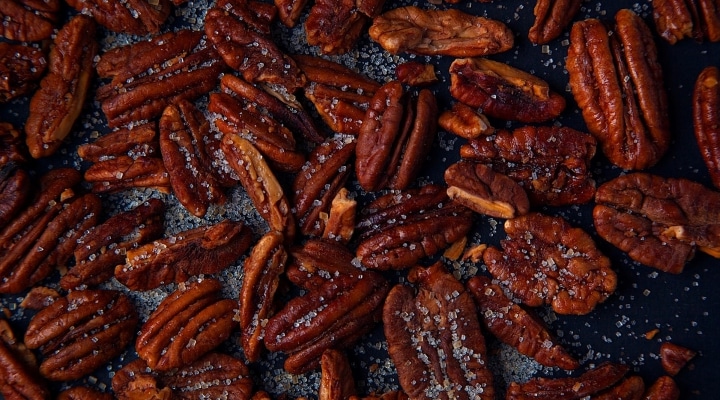 The board would be responsible for carrying out activities including plans and projects regarding promotion, research, information and education to help maintain and expand markets for pecans. (Photo by Nanxi wei on Unsplash)

WASHINGTON — The U.S. Department of Agriculture announced that it is seeking comments on a proposal for a new national Pecan Promotion, Research and Information Order.

A 17-member board would administer the proposed order. The board would be responsible for carrying out activities including plans and projects regarding promotion, research, information and education to help maintain and expand markets for pecans.

Domestic producers and importers of pecans would pay an initial assessment rate of two cents per pound on inshell pecans and four cents per pound on shelled pecans. Handlers would collect assessments from producers based on pounds of pecans received and importers would pay assessments on pecans when they enter the United States. Domestic producers and importers that produce or import less than 50,000 pounds of inshell pecans, 25,000 pounds of shelled pecans, or a combination of the two, on average for four fiscal periods would be exempt from paying assessments. If combining shelled and inshell, pounds must be converted to either inshell or shelled and cannot exceed the threshold.

Information on the proposed program was published in the Federal Register Sept. 22, 2020. Comments must be received by Nov. 23, 2020, allowing for a 60-day public comment period. All comments must be submitted through the e-Rulemaking portal at Regulations.gov and should reference the document number, and the date and page number of this issue of the Federal Register. Please be advised that the identity of the individuals or entities submitting comments will be made public at Regulations.gov.