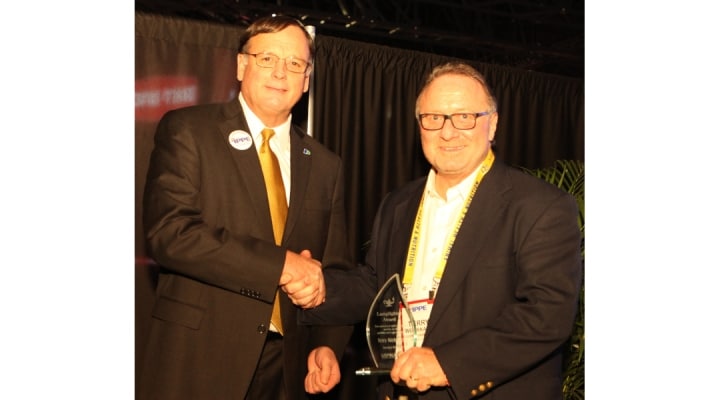 ATLANTA, Ga. — U.S. Poultry & Egg Association (USPOULTRY) presented the organization’s annual Lamplighter Award to six individuals at the International Poultry Expo, part of the 2020 International Production & Processing Expo. The award pays tribute to individuals for “sustained and exemplary service” to the poultry and egg industry, and Ohio’s Terry Wehrkamp was among those honored.

Wehrkamp is the director of live production for Cooper Farms and has been a member of the Cooper Farms team since 1985. He oversees the birth to market production of turkeys and hogs, in addition to overseeing the Feed and Animal Division in Fort Recovery, Ohio.

“We value the commitment and support of this year’s Lamplighter Award recipients. They have enthusiastically dedicated themselves to contributing to the poultry industry, and we sincerely appreciate their service to the industry,” said John Prestage, Prestage Farms, and outgoing USPOULTRY chairman.