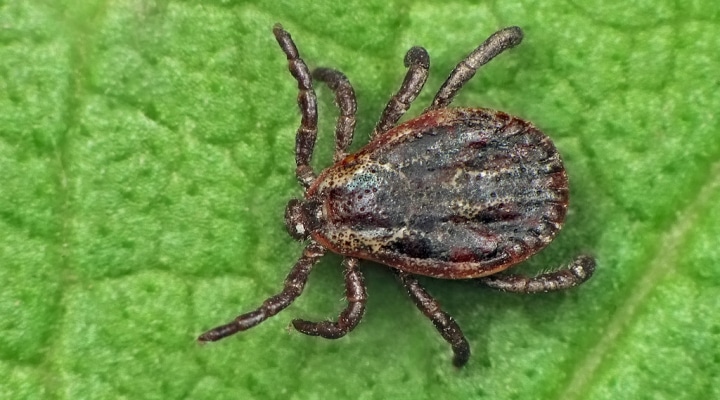 Did you know that Pennsylvania is ranked No. 1 in the nation for Lyme disease cases? As part of Penn State Extension’s efforts to educate and share information, educators will be hosting a 10-part webinar series on ticks and disease prevention starting July 9 and running through Sept. 17. (photo by Ryszard, Creative Commons/flickr.com)

UNIVERSITY PARK, Pa. — Did you know that Pennsylvania is ranked No. 1 in the nation for Lyme disease cases? As part of Penn State Extension’s efforts to educate and share information, educators will be hosting a 10-part webinar series on ticks and disease prevention starting July 9 and running through Sept. 17.

Erika Machtinger, assistant professor of entomology, is part of the extension team that will be hosting the webinar series. “Since ticks are a major concern in the commonwealth, the idea is that folks will get a basic and understandable foundation for how to protect themselves, their families and their animals from vector-borne diseases,” she said.

Penn State Extension piloted a workshop for vector-borne diseases in the fall that was successful. Machtinger explained that an in-person workshop was scheduled for May but had to be canceled due to concerns about the coronavirus pandemic. “We wanted to continue the series because of the prevalence of vector-borne diseases in Pennsylvania,” she said. “We also thought it was fitting because people might be spending more time outside.”

In Pennsylvania, several species of ticks are of concern to both people and animals, and several pathogens are associated with those ticks. Along with native ticks, there are concerns about an invasive tick species and its impact on cattle.

“We’ve put together a great team to deliver this series, from insect taxonomists to integrated pest management specialists to wildlife biologists,” said Machtinger. “We’ll be delivering the spectrum of information from many angles.”

Each webinar is one hour and will take place at 2 p.m. and 6 p.m. on the scheduled dates. The webinars, which will be recorded for later viewing, include ample time for moderated question and answer sessions.

“Education on vector-borne diseases is an incredibly powerful tool to help protect people and animals,” Machtinger said. “Understanding the tools that you need to have in your toolbox to prevent tick and mosquito bites can reduce anxiety about being outdoors and make a difference in reducing vector-borne disease risk.”

About Penn State Extension
Penn State Extension is dedicated to translating scientific research into real-world applications to drive progress. In support of Penn State’s land-grant mission, extension programs serve individuals, businesses and communities, while promoting a vibrant food and fiber system, a clean environment, and a healthier population in Pennsylvania and beyond. With support from federal, state and county governments, the organization has a tradition of bringing unbiased information and support to the citizens of Pennsylvania for more than 100 years.