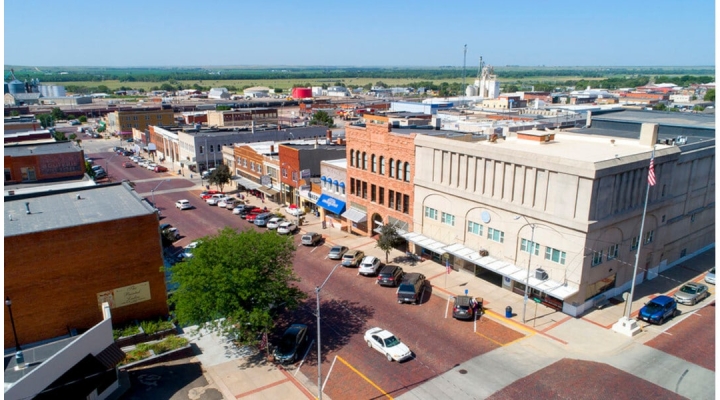 Three panelists with Nebraska connections and global perspectives analyzed the commonalities and the differences of rural communities around the world in a recent webinar. (Photo: Craig Chandler, University of Nebraska-Lincoln)

Three panelists with Nebraska connections and global perspectives analyzed these commonalities, as well as differences, in a recent webinar that is part of an ongoing series sponsored by IANR Global Engagement. The analysts, all with University of Nebraska–Lincoln connections, pointed to positive strategies to address communal problems during the webinar, moderated by Brianne Wolf, coordinator for IANR Global Engagement.

The challenges for many rural communities in South Korea will sound familiar to Nebraskans, said Surin Kim, associate professor with the Department of Textiles, Merchandising and Fashion Design and a specialist with Nebraska Extension. Rural communities in developing nations, she said, “have unique challenges, as in Nebraska — big population decline, sparse populations, challenges regarding entrepreneurship, young people leaving due to lack of opportunity.”

Strengthening public understanding of rural communities’ particular needs is important for societies the world over, said Kim, who grew up in Seoul and has lived in both developed and developing countries.

Challenges familiar in rural Nebraska, such as a lack of affordable housing and the exodus of young people, also weigh on rural communities in Brazil, said Daniela Mahhani Mattos, an assistant professor and graduate thesis adviser in the Department of Agricultural Economics who also works with Rural Prosperity Nebraska. A daughter of small farmers in Brazil, she grew up in São Paulo and did her master’s degree work in a rural area of Peru that struggles with meager economic conditions.

During her doctoral studies at the University of Illinois at Urbana-Champaign, Manhani Mattos studied rural community development and has continued that focus since joining the Institute of Agriculture and Natural Resources in 2013. She provides guidance for Husker students studying a range of issues on rural development.

Sushant Timalsina, a graduate of the Engler Agribusiness Entrepreneurship Program, described conditions in his native Nepal. Challenges for farmers there include a lack of financial credit opportunities; bureaucratic complications in providing services such as soil testing; and governmental corruption that hinders economic development supports.

So, though rural conditions vary in some regards compared with Nebraska, Timalsina said, “The core value of the farmer that we have (in Nebraska) is the same.” Timalsina’s studies through the Engler program, and his subsequent career as a junior product manager at AgriRain, an international company providing irrigation services to small-scale farmers, introduced him to a wide range of communities across Nebraska and spurred his enthusiasm for the state and its agricultural sector.

“I love rural Nebraska,” he said, citing his visits to communities including Scottsbluff, O’Neill and North Platte. His experiences in the state’s rural areas “take me back to home.”

The Engler program has demonstrated great value for students, Timalsina said, by helping them develop their talents for economic understanding and business innovation skills. Nebraska showcases a growing number of notable entrepreneurial successes in agriculture through efforts such as The Combine business support center at Nebraska Innovation Campus, he said, and entrepreneurs are providing vision and collaboration in various parts of the state, spurring regional progress. A key example: the Northeast Nebraska Economic Development District.

The webinar illustrates how IANR’s Global Learning Hub organizes an ongoing series of events, online or in-person, in which presenters and panelists discuss issues that deepen students’ understanding of global conditions and their relevance to Nebraska. Presenters each semester include current IANR faculty, Husker alumni and outside experts in Nebraska or abroad.

The Global Learning Hub provides students with wide-ranging opportunities for fellowships, internships and networking with institutions and programs. In addition, the hub’s digital badge program — open to all Husker students at no cost — focuses on global issues including hunger, health, climate and economic development. Through the badge program, students study issues in detail, connect with experts both in Nebraska and abroad, and learn how the issues relate to their home communities.

These varied efforts are intended to provide an array of opportunities and supports for students to prepare them for careers in a globally connected world.

At the recent webinar, Manhani Mattos and Kim both pointed to the importance of helping rural residents develop entrepreneurial skills. A key question for rural development in Nebraska and globally, Kim said, is, “How do we nurture and retain talent, especially entrepreneurial ones?”

Another worthwhile development approach, Kim said, is innovative community self-definition and marketing. She cited examples from her native South Korea: a mountain town that spurred tourism by developing a series of coffee shops so visitors can sit, even in winter, and watch the nearby ocean, and a community that has had great success with its annual mud festival.

Ecotourism, farm-to-table food marketing and a focus on regional food options have shown to be other promising strategies for rural communities here and abroad, Kim said.

“In Nebraska, we have many things that are unique to our state,” she said.

USDA designates 12 Nebraska counties as disasters due to drought