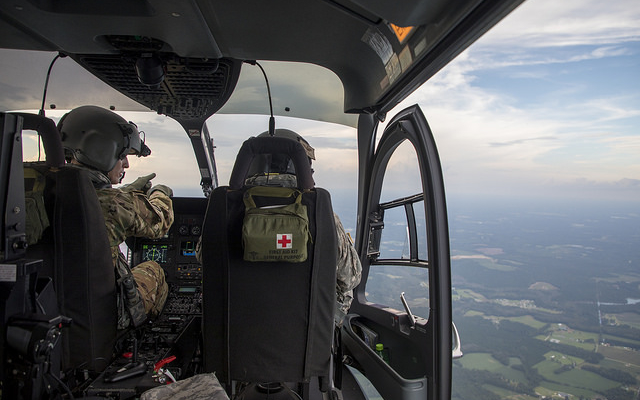 “We had good engagement with upwards of 60 farmers who verified what we suspected:  cotton was most impacted by high wind, followed by peanuts damaged by drenched soil, and soybeans whose pods were blown from the plants.”

“No crop was a total loss; those that suffered the most were the closest to harvest.”

“As I said to the farmers at one of the stops, this has become all too familiar.  One of the farms we visited today, I’ve actually visited that same farm two of the last three years because of natural disasters.”

“Dillon, Marion, Marlboro Counties – in that order – appear to be the most severely impacted by crop damage.”

“We believe the crop damage from Florence falls between that from the 1000-year flood ($330+ million) and Hurricane Matthew (mid-50s).”

“Today we had important conversations about our path forward.  We must be certain that agriculture is at the table and included when we analyze the financial impact of Florence.”

“There are no more farm disaster programs that might have come to the rescue eight or ten years ago.  Agriculture needs to be a part of the business, residential and transportation losses reported by Governor McMaster to the federal government.”

“Our thanks to members of the National Guard, whose professionalism and expertise made it possible for us to travel to these suffering areas of South Carolina.”

Not all calf milk replacers are created equal