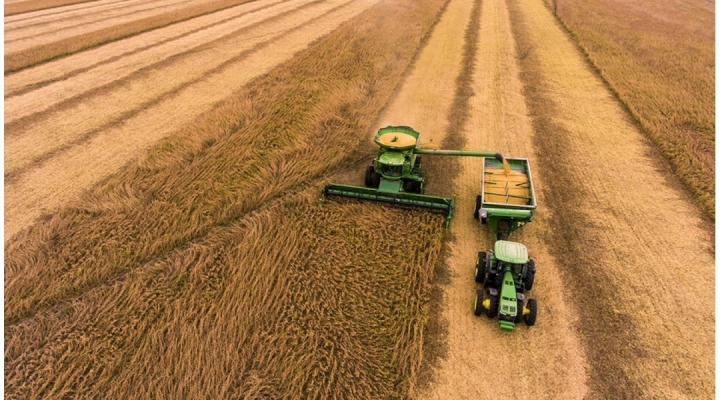 LINCOLN, Neb. — Nebraska is likely as well-known for its ever-changing weather as it is for its agriculture, and Nebraska Extension is rolling out a new program to help ag producers prepare for weather and climate phenomena.

Weather Ready Farms aims to help producers up their operation’s resiliency against extreme weather events and disasters. The program is currently piloting with nine farms in southeastern Nebraska, placing a project mentor with each to assess their operations, set up a plan and offer educational opportunities on everything from practices and new technologies to farm safety.

“The overarching goal is to prepare farmers for extreme weather events like hail, drought, flooding and extreme wind,” Hulbert said. “But it also includes climate mitigation strategies like carbon sequestration. Another goal is to build out a network of farmers and ranchers that can support each other during and following a disaster.” 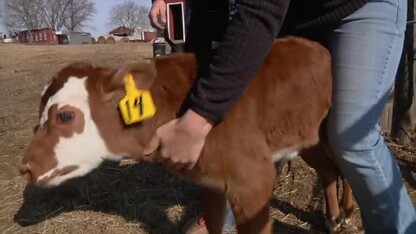 The program, which culminates in a Weather Ready Farms designation, takes about two years. Each farmer or rancher begins with a self-assessment, followed by an on-farm assessment, which is completed with a project mentor. The two assessments give project leaders enough information to work with the producer to put a plan in place. Individualized learning plans map out how producers can meet their resiliency goals. Once a plan is developed, the program moves into the education phase, where farmers and ranchers can attend a variety of free or low-cost webinars, field days and conferences offered by extension or designated educational partners, related to the new practices they’re adopting to reach their goals.

“We’re focused on research-based practices,” Mueller said. “It might be that a producer has adopted no-till, but maybe they haven’t integrated cover crops yet, and we know that there are advantages to that in terms of resiliency. Or maybe they use irrigation, but have they incorporated moisture sensors or gauges that monitor daily crop water use?

“We’re leveraging our experts, resources and materials to come up with an individualized program that will be beneficial to the farms we work with. Farmers are small business owners, and we’re helping them make key decisions that focus on profitability, but also minimize potential risks.”

Dylan and Dani Spatz, who own a farm near Prague, are part of the pilot program and found the individualized approach helpful in making their operation more resilient and sustainable.

“We had the flooding in 2019, and luckily, we weren’t affected terribly by it, but then this year, we’re looking at drought, so these extreme conditions change from year to year, and I think it’s important to have plans in place to be prepared for when climate events happen,” Dani said. “We wanted to have a contingency plan in place to be good stewards of the ground that we have, but also that it will be usable for our daughters, if they choose to, to have an opportunity to farm.”

As part of its focus on disaster preparedness, the program also incorporates farm safety, such as the installation of first aid kits and fire extinguishers in multiple locations and working with the local emergency manager to plot field locations.

“What we found in our initial pilot was that 80% of the farms we worked with hadn’t thought about mapping their fields for emergency responders in case there was an accident or an emergency,” Bartels said. “EMTs or other first responders will get a call to a specific address, but if a farmer is hurt in a field, they need to be able to locate where that farmer is.”

“Going through the initial questionnaire, one of them was on having emergency protocols in place for every farm field and how to get there, and I had never thought of that,” Dani said.

Discussions and planning for the program began in 2015. Efforts were hindered by the 2019 floods and the COVID-19 pandemic, but both events highlighted the importance of another facet of the program, contingency planning.

“We touch on transition planning and making sure those plans are in place,” Mueller said. “We’re also working with them on securing their documentation. They may have hard copies of deeds, financial documents and other paperwork, but is it backed up off site in cloud storage? A tornado or flood could hit your farm place and you lose your hard copies and your computer, but that redundancy protects them from losing important information in a disaster.” 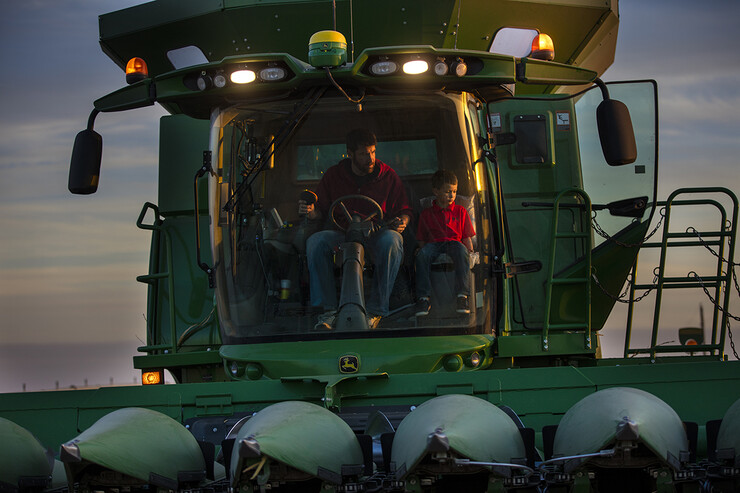 Craig Chandler | University Communication
A farmer sits in his combine with his children as corn is harvested in Nebraska.

Having transition plans in place is also important as data shows that the majority of ag producers in Nebraska are over 60, Bartels added.

“And the pandemic, which was hitting everybody, made it clear how important it is to have transition plans in place, because if someone is in the hospital, who has the legal authority to make decisions?” she said.

The program will expand to include more farms and ranches in Nebraska, and Nebraska Extension is also working with extension organizations in other states, including in South Dakota, to incorporate the program in other regions.

“We’ve built the framework for the program, so the curriculum is ready to go and be implemented in other places,” Hulbert said.

For information on the program, contact Hulbert at candace.hulbert@unl.edu.

— Institute of Agriculture and Natural Resources News, University of Nebraska-Lincoln