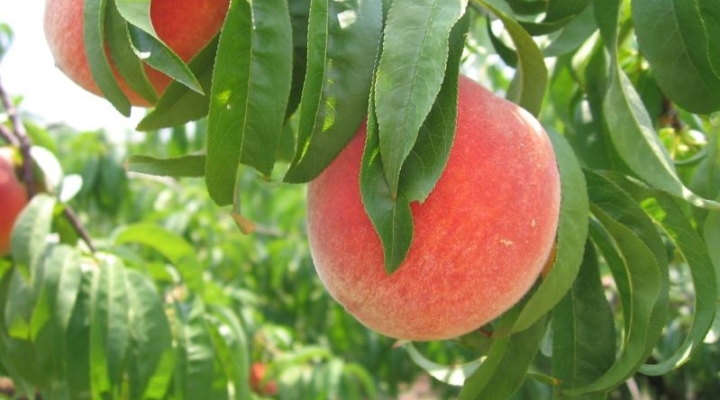 Late-season peach production has fared better and the quality of the fruit is good, said Jeff Cook, an area peach agent associated with the University of Georgia Cooperative Extension. But there still was plenty of damage. (Chris Fannin, Flickr/Creative Commons)

ATLANTA (AP) — Freezing weather has shriveled Georgia’s peach crop, which could put the squeeze on growers for a second straight year.

A similar hardship appears to have eliminated half of Georgia’s blueberry yield, The Atlanta Journal-Constitution reported.

The difficult years mean shoppers in produce aisles could end up paying higher prices for a more limited selection of peaches than in past years.

Georgia peaches were expected to be on a rebound after last year’s freezes and other ill-timed cool weather that destroyed all but about 15 percent of the state’s crop. Blueberry farmers also expected a big turnaround for their fruit.

Georgia uses peaches in many of its marketing efforts, from license plates to movie screens. But California and South Carolina both produce far more peaches annually.

Cool temperatures are critical to peach production. Peach trees need enough time with temperatures below 45 degrees to produce a strong crop, which they got. However, late freezes in March ravaged many orchards, particularly hitting varieties normally harvested early in the season.

Late-season peach production has fared better and the quality of the fruit is good, said Jeff Cook, an area peach agent associated with the University of Georgia Cooperative Extension. But there still was plenty of damage.

This year’s harvests are larger than those of 2017, said Duke Lane, the president of the Georgia Peach Council and the sales director at his family’s Lane Southern Orchards in Fort Valley, Georgia.

Georgia’s blueberry farmers are wrapping up a season that may turn out to be as bad as what they faced a year ago.

Production last year sank to 28 million pounds, or less than half of what totals had been in more typical years, according to Alma, Georgia-based area extension agent Renee Allen.

This year there was a patchwork of damage after a combination of an early warming followed by frost in parts of the state’s big blueberry region of southeast Georgia, the Atlanta newspaper reported.

Information from: The Atlanta Journal-Constitution, http://www.ajc.com