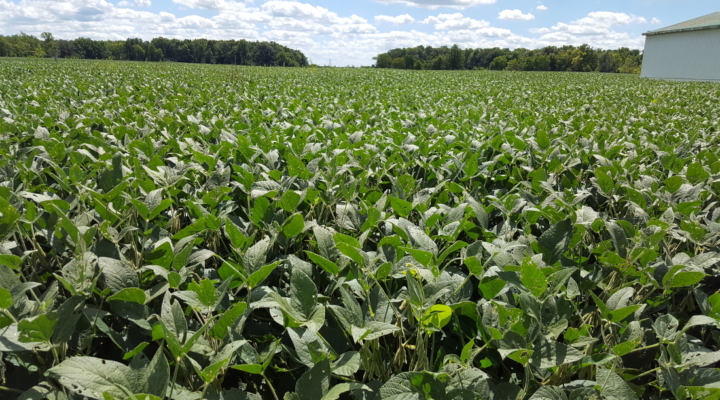 Part of the E.U agreement calls for more soybean purchases.

WASHINGTON — According to U.S. Secretary of Commerce Wilbur Ross, negotiations for a new trade deal with the European Union will happen much faster than a typical trade agreement, which sometimes can take multiple years to construct.

“We’ve already set the guiding principles of getting toward the three zeros. Normally, it would take a long time to agree just what are the objectives of the negotiations,” Ross said, describing the goal of zero tariffs, zero non-tariff trade barriers, and zero subsidies between the U.S and the E.U. “Here, we have the big objectives set, so it’s more a question, how do you implement them? How do you achieve the goals to which both parties agree?”

One of the reasons for a quicker agreement with the E.U. has to do with weather and how current conditions are impacting crops within Europe and other partners they do business with.

“This past week we did see a dramatic drawdown in expectations for the wheat crop globally and that has put pressure on key wheat growing regions of Europe, like France and Germany,” said Mike Zuzolo from Global Commodity Analytics. ”That situation as well as potential production hits in the Ukraine has the Northern Hemisphere wheat market helped us even before the new E.U trade deal was announced. Had it not been for the issues facing the European crop outlook, weather problems in Canada and conditions deteriorating in Mexico’s sorghum producing areas, a deal with the E.U. may not have been as easy.”

Zuzolo thinks a quick and fair deal with the European Union may play a role in getting to a NAFTA deal sooner rather than later, but it will put even more pressure on China.

“I don’t think Canada and Mexico ever really wanted to get mixed up in all of this and I get the sense that they both are ready, willing and able to work with us as long as we aren’t too hard-lined in our policy mindset,” Zuzolo said. “For China, at this point, it is all about the currency because the weaker it gets the weaker the Chinese economy will be and will become even more of a challenge for China to negotiate with the U.S. as their financial issues may move out of their control.”

Headquartered in Atchison, KS, Global Commodity Analytics & Consulting LLC is as technologically advanced as many offices in cities such as Chicago and New York, with state-of-the-art trading software and real-time quotes. Get a fresh perspective on your grain and livestock marketing plans. Sign up for Mike Zuzolo’s FREE 2-week newsletter trial at www.GlobalAnalytics.biz

Corn board to meet