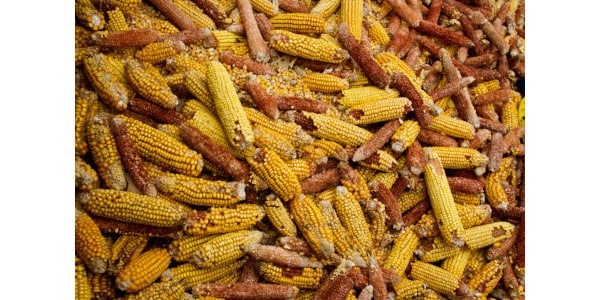 STATE COLLEGE, Penn. — The price of corn in the United States has been increasing this year and is now approaching record highs. As of Monday, according to The Wall Street Journal, corn prices are up 50%, with the cost of a bushel at $7.73, and prices are closing in on highs not seen since 2012 when drought decimated crops across the Midwest and sent prices soaring to $8.31 a bushel, the Journal reported.

Like in 2012, the weather is a factor in the rising corn prices and, once again, drought is the primary trigger. However, it’s affecting farmers in Brazil rather than in the U.S.

With rainfall amounts far below normal, the weather pattern in Brazil continues to stress corn crops, which are now in the critical pollination stage. Last November, AccuWeather experts warned that this year’s crop would be adversely impacted by the dry weather.

AccuWeather Founder and CEO Joel N. Myers sees the sharp increases in corn prices “as a result mainly of weather impacts.” Myers said the current rise in prices dates back to August of last year after U.S. corn farmers took a hit when a derecho caused widespread damage across Iowa, the nation’s top corn-producing state. AccuWeather estimated economic damages from the storm, which raked across a 770-mile swath of the heartland, to total $11.2 billion.

Myers said the derecho damage was just the beginning because corn prices are influenced by what happens elsewhere around the world. And right now, what’s happening in Brazil is exacerbating the rise in prices.

“It looks like the corn production in Brazil could be as low as 25% less than it looked even a month ago because of this ongoing drought,” Myers said. “And there doesn’t look to be any end to that.”

Indeed, AccuWeather forecasters expect the dry conditions to persist in Brazil in the near term. “Rainfall the next two weeks continues to look much below normal (25-50% of normal),” AccuWeather Vice President of Forecasting Marshall Moss said.

“From what we can tell, this is at the lower end of other private estimates, but we feel confident in this number,” Moss explained.

What does this all mean for the American consumer?

“You’re going to notice in the supermarket an increase over the next three to four months, I think, of 15, 20, 25%,” Myers said. He added that Americans being required to spend more on staples — as The Wall Street Journal noted, corn is used in the production of everything from Coca-Cola to tortilla chips and is an ingredient in gasoline — will mean household costs will rise.