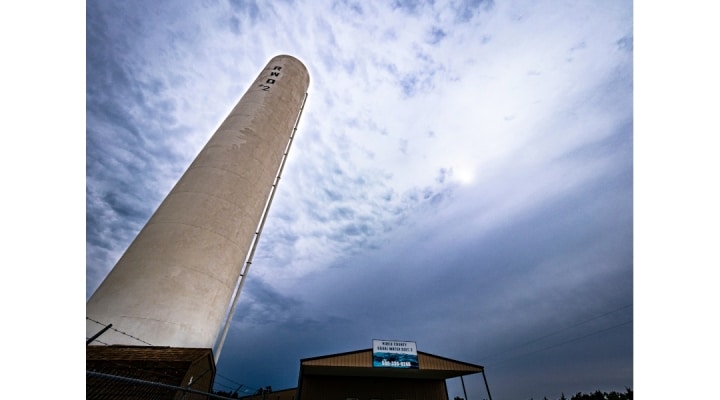 More than 900 rural water districts and water systems serve municipalities of less than 10,000 people in Oklahoma, but for many rural residents, a personal well is their best option for domestic water supply. (Photo by Todd Johnson, OSU Agricultural Communications Services)

STILLWATER, Okla. — Clean and safe water for drinking and household use is one of life’s necessities, but some residents served by Oklahoma State University Extension struggle to access the vital resource.

Rural water districts populate the Oklahoma landscape serving thousands, but what happens when the public utility is not readily available? A recent survey conducted by the Oklahoma Water Resources Center reported that drinking water quality was the state’s top water resources concern. According to officials at the OSU center, only 60% of survey respondents felt their water was safe to drink, yet less than 15% of participants said they test their drinking water.

Rural residents seeking a water source for domestic use have three options: drill their own wells, pay to install piping to the nearest public, rural water connection or haul it from a nearby municipality or rural water source.

“If you have access to well water and you inquire about rural water, it’s because your well has gone dry or is contaminated,” said JR Welch, chief operations officer for the Oklahoma Rural Water Association. “Unfortunately, the landowner is sometimes responsible for the cost of rural water. There’s funding to assist rural water districts or neighbors can invest together in a portion of the water line.”

In Pawnee County, a group of rural residents outside the town of Morrison teamed up in 2005 to establish Pawnee Rural Water District No. 7. Led by President Jeff Burch, the district has exhausted several efforts to obtain rural water with little to no success. When Burch purchased his Pawnee County property in 2000, he drilled a well and had the water tested for domestic use. The water proved adequate for his home, but four years later the well system became plagued with sediment buildup that forced Burch to replace his hot water tank every few months. The well had become undesirable for home use, and Burch’s journey began to obtain rural water.

“We live in the Morrison School District, but Morrison couldn’t sell us water because of the contract it had signed with the Lone Chimney Water District,” he said.

After inquiring about local rural water connections and running into a few roadblocks, the district received a grant worth more than $80,000 from the Oklahoma Water Resources Board to drill two wells on private property, each 70 feet deep, with permission from the landowner. The wells produced water, but the Oklahoma Department of Environmental Quality flagged them for high levels of manganese. Also, the wells were questioned for pulling an excessive amount of surface water from a nearby lake and the Arkansas River.

“It’s a never-ending battle advocating for access to rural water, and a lot of the costs are coming out of our own pockets,” Burch said.

In the meantime, he purchases his drinking water at the grocery store, and depending on the strength and water quality of his neighbors’ individual well systems, they do the same or haul water to their homes.

Rural water on the prairie

There are more than 900 rural water districts and water systems serving municipalities of less than 10,000 people in Oklahoma. Thousands of miles of rural water lines run across the state, sourced by lakes, streams and underground aquifers.

“It’s pretty much split along I-35 with surface water sourcing the majority of rural systems in the eastern part of the state and well water used for the western regions,” said Brandon Bowman, programs manager for the ORWA.

The ORWA and the OWRB work closely on state water and wastewater issues. The ORWA is a nonprofit that supports the technical operations and management of rural water districts through training and advocacy at the state capitol. The OWRB is a state agency that oversees water use appropriation and permitting as well as water quality monitoring, dam safety, floodplain management, water planning and the distribution of financial assistance for water and wastewater systems.

Owen Mills, OWRB director of water planning, said state water studies help the OWRB determine water and permit availability for groundwater and surface water permits. Rural water districts and municipal water providers receive a permit to use water from a nearby lake, stream or their own groundwater well, all of which are metered and reported monthly to the DEQ. The OWRB offers low loan rates to finance a rural water system but has no jurisdiction over its daily operations.

Individual rural homeowners can operate and access drinking water wells that are not permitted or regulated by the OWRB and are allowed to use up to 6 acre-feet of water per household per year or 3 acre-feet per non-household for non-commercial domestic use, such as gardens. However, all drinking water wells should be drilled by an OWRB licensed well driller.

“The amount of surface water a system can permit is based on the calculated annual yield of a given lake for a given purpose, such as drinking water or irrigation, or based on the average annual flow of a nearby stream minus the number of permits already allocated for that stream segment,” Mills said.

On the other hand, the amount of groundwater permitted to a water provider is determined by its aquifer. The default usage limit is two-acre feet per year of water per acre you own or lease. Once an aquifer has a completed hydrologic study to determine the maximum annual yield of an aquifer, it then must go through a public hearing process to set a permanent usage limit, or equal proportionate share.

“That share is based on a 20- to 50-year lifespan of the aquifer if every acre of it was permitted and fully utilized every year,” Mills said. “The lifespan is a conservative estimate in that none of our aquifers are utilized 100% on every acre. However, it’s important for people to understand that the groundwater permit law as written is not designed with an aspect of sustainability.”

OWRB water planning involves accessing current and 50-year supply and demand levels among the state’s 82 basins. State officials examine where shortages and surpluses might occur in the future and explore how the state might adjust its water rules and regulations along with what local planners might need to address as they plan for growth and changes in their businesses and communities.

“The process is conducted about every 10 years in the Oklahoma Comprehensive Water Plan with a plethora of studies, work groups and public input,” Mills said. The last one was completed in 2012, and the next one is starting now with a targeted completion date of 2025.”

State water planning doesn’t immediately address the problems rural residents may face with their personal well system or lack of access to rural water, but the ORWA is working to improve its training criteria and prepare a younger generation of workers for the growing demand of technical and operations support. This summer, the ORWA launched a two-year apprenticeship program for rural water systems operators.

“Many new employees have no experience in treatment operations or meter technology,” said apprenticeship program coordinator Jeannie Shurbet. “Many have learned in the past through trial by fire. Every system out there is a little bit different, but we’re going to provide a base level of knowledge that can be applied statewide.”

Current requirements to work as a systems operator are limited to passing a certification test facilitated through the DEQ, but the new ORWA apprenticeship program requires participants to complete 4,000 hours of on-the-job training, including more than 200 hours of classroom instruction. Apprentices learn how to operate equipment, understand water treatment processes, detect leaks, manage finances, and perform many other duties required in the office and field for rural and municipally run water systems.

“This is a trend we’re seeing nationwide—over the next few years, we’re expected to lose 44% of our aging water staff,” Welch said. “We’re looking for individuals willing to wade through the muck and mud and keep water flowing to homes.”

While the ORWA builds its operations teams for increased rural water usage in the future, Pawnee Rural Water District No. 7 continues to explore how it can acquire rural water for its members. As of October, Burch said new hope has been found in Morrison’s current water source. After Lone Chimney Lake went dry, the town received funding to install a water line to Stillwater. Morrison’s municipal water supply is now capable of providing water to Pawnee No. 7.

“We will have to pay Morrison a transportation fee for the line plus what the city of Stillwater is going to charge us, but now we don’t have the huge expense of building a water treatment plant for those wells we drilled,” Burch said. “We have this one last shot at rural water thanks to all the state officials and people behind the scenes who’ve helped us over the years, and I hope it happens.” 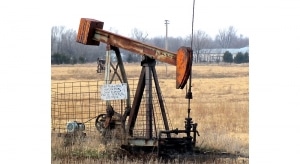