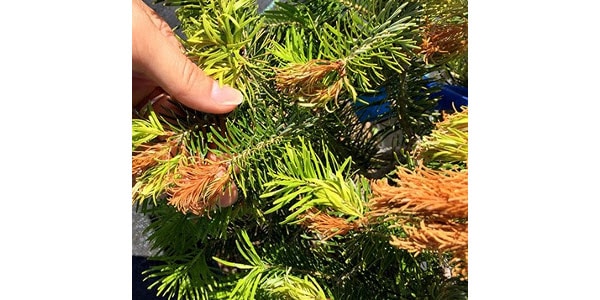 GEORGETOWN, Colo. — In spring of 2020 I noticed my hawthorn, lilacs and roses were struggling. They leafed out much later than usual and were growing very slowly. My neighbors were having the similar issues with their woody plants. There was much more winter dieback than usual, even on native plants.

I consulted the Plant Diagnostic Clinic and learned that the damage was a result of the sudden, extreme freeze that had occurred in April 2020, a few months prior. There had been a warm spell and the plants had started to leaf out, then the temperature plunged more than 40F. The first round of growth and buds had frozen. The plants then tried to push out leaves again later in the spring, but by then it was very dry. Plants need water to fill out their expanding leaves and there wasn’t enough water in the soil at that time for the plants to fully expand the second set of leaves. I realized that if the plants were stuck with stunted leaves for an entire growing season they would only generate a fraction of the energy that they would normally make in a season. The entire plant would be weakened the next year.

So I followed the advice of the Plant Diagnostic Clinic and watered my woody plants very well. It took a concerted effort to water by hand until the entire root zone down 12”-18” was moist. But I did it quickly and I watched my plants expand their leaves to full size. I knew they would have a fighting chance of recovering from the freeze damage.

I bring this up now because stress to woody plants can take a long time to show up. The damage done during the extreme freeze of Easter 2020 can continue to appear during this growing season. This year we’ve had a dry and warm winter which has added more stress to the plants, so I’m going to continue to watch my woody plants closely this year and make sure they have enough water if they look like they’re struggling.

For more information on freeze damage:

Most goat breeds not limited to a breeding season
May 10, 2021