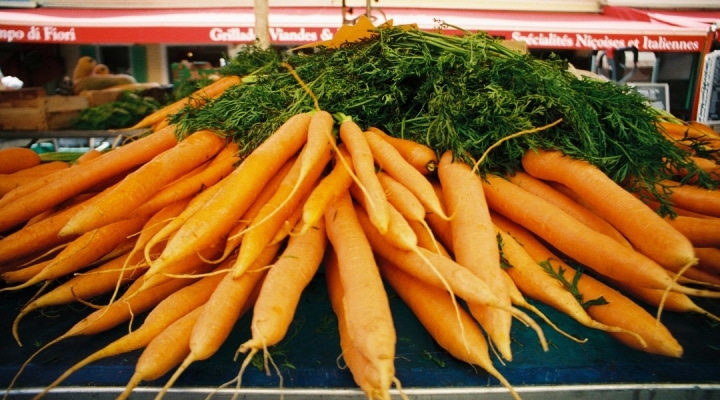 As with any vegetable, the best and most common methods for cooking root vegetables are steaming, sauteing, baking, roasting, braising and grilling. (Photo by Nick Page on Unsplash)

WASHINGTON — If you’ve been to a farmers’ market lately, then the reality of seasonal cooking in the middle of winter has plainly revealed itself to you. Tis the season for root vegetables, and not a whole lot else.

But there is beauty to cooking with the season, not just because it feels in sync with the planet, but also because it compels you to make the most of what is available, whether those ingredients are familiar … or not so much.

Since root vegetables grow underground, they absorb a lot of nutrients from the soil, and so are nutritional powerhouses, usually also high in starch.

Root vegetables include potatoes, yams and Jerusalem artichokes (all of which are also tubers), as well as beets, parsnips, turnips, rutabagas, carrots, yuca, kohlrabi, the onion family, garlic, celery root (or celeriac), turmeric, jicama, radishes (including daikon and horseradish), and ginger.

Some root vegetables get sweeter once the first frost hits. The cold causes the roots to work hard to prevent the plants from freezing, which causes the natural starches to convert to sugar. Carrots, turnips, rutabagas and beets are good examples.

So as we head into the belly of winter, it’s the perfect time to explore the world of root vegetables. As Robert Schueller, head of marketing at Melissa’s Produce, a specialty produce company based in California, puts it, hardy root vegetables are ideal for “comfy foods; warm meals during the cooler time.”

Schueller says that in recent years, specific varietals of root vegetables are having a moment. In the world of potatoes, for instance, baby potatoes are especially popular, including Dutch yellow, ruby gold, red, mixed fingerlings and gemstone.

He calls parsnips “the new carrot.” Parsnips are related to both carrots and parsley, and look much like a large, pale carrot with a squattier base. The flavor, when cooked, is like a sweeter carrot, and parsnips can be used in pretty much any recipe that calls for carrots, when you want a heightened level of sweetness. They are common in traditional Jewish chicken noodle soup, and can be mashed with potatoes or on their own, as well as roasted.

Kohlrabi has also become trendy, Schueller says. It looks a bit like a UFO with a bunch of stems sticking out willy nilly, in shades of pale green to purplish, with a pale interior. Kohlrabi can be eaten cooked or raw; raw, it’s flavor and texture are reminiscent of peeled broccoli stems, with a bit of peppery radish thrown in.

Radishes are popular not just for their spicy flavor but for the visual pop they give to salads and other dishes. The watermelon radish continues to trend, Schueller says, for its dramatic look: green on the outside, hot pink on the inside.

And multi-colored carrots are gaining traction because of how beautiful they look on a plate, in hues of purple, red, orange and yellows often combined in a bunch. They can be used just as regular orange carrots are; try them cut lengthwise and simply roasted with olive oil and salt, perhaps served with a condiment or dressing like tapenade or pesto vinaigrette.

Celery root, horseradish, sweet potatoes and shallots are other root vegetables Scheuller sees gaining in popularity because of their use by restaurant chefs.

Some tips on root vegetables:

Different root vegetables have slightly different preferences, but in general, store them in a cool, dark place with ventilation.

Carrots, celeriac, parsnips, turnips and radishes do well in the fridge, preferably in the crisper drawer.

Store onions separately from other root vegetables, as they emit gases that will accelerate the spoiling of other vegetables, especially potatoes.

Alan Spaulding, who sells vegetables at the Union Square Farmers’ Market in New York City, says he keeps most of his root vegetables in the fridge. If he runs out of space, he stores them in the coolest, darkest place in his apartment.

Remove any fresh greens from the tops of root vegetables before storing them. Wrap the greens in a damp paper towel and store in the fridge; use them as you would use any cooking greens, like kale or spinach.

Spaulding offers this tip for reviving carrots that have softened: Place them in a bowl of cold water in the fridge overnight, “and they will firm right up.”

Choose root vegetables that are hard, without blemishes or signs of decay. They should have firm roots and feel heavy for their size.

As with any vegetable, the best and most common methods for cooking root vegetables are steaming, sauteing, baking, roasting, braising and grilling.

Most root vegetables need to have their tough outer skin removed before cooking, especially because they sometimes have a waxy coating added to slow down spoilage. Use a vegetable peeler or a sharp paring knife. Some vegetables, such as carrots and Jerusalem artichokes, may just need a good scrub to remove dirt and any unwanted bits and bobs from the skin.

Most root vegetables are best diced, sliced or cubed before cooking, to speed things up and, in the case of roasting, to get those nice caramelized surfaces.

Root vegetables also can be added to soups, stews and casseroles. For casseroles, you might want to cook them at least partially first since they may take a little longer to become tender than the other ingredients.

Root vegetables are inexpensive, nutritious, readily available and flavorful. So while we await the season of asparagus and strawberries, dig deep and make them part of your diet.

Katie Workman has written two cookbooks focused on easy, family-friendly cooking, “Dinner Solved!” and “The Mom 100 Cookbook.” She blogs at http://www.themom100.com/about-katie-workman. She can be reached at Katie@themom100.com. 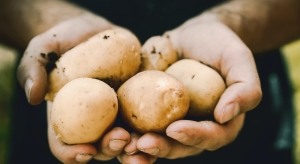 The verdict is here on America's favorite vegetables

WASHINGTON — Maybe it’s increasing inflation – higher prices in grocery stores forcing vegetable lovers to return to their roots. Or maybe some folks watched The Martian one too many times. Regardless of the reason, the humble potato is officially the vegetable that Americans are most keen to learn how to grow. However, other vegetables […] 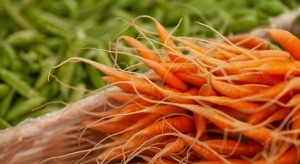 COLUMBUS, Ohio — Explaining the value of misshapen vegetables – that they are as healthful as their picture-perfect counterparts and buying them helps reduce food waste – could help improve sales of “ugly” produce, new research suggests. The study measured consumers’ responses to hypothetical shopping scenarios for carrots. Participants were most open to buying bunches […] 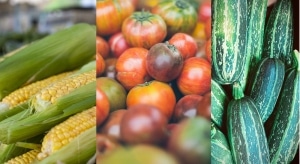 Making the most of summer's bounty

WASHINGTON — Here we are, in the belly of summer. Time to make the most of the season’s bountiful produce before it’s gone! So let’s talk about three glorious workhorses of the late-summer vegetable garden, farm stand or kitchen: tomatoes, corn and zucchini. Anyone with a garden is working feverishly to make use of their […]

Expanding our understanding of hemp diseases