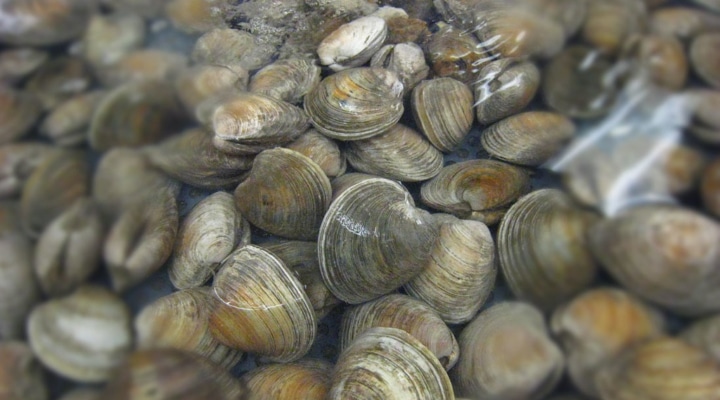 Nationally, aquaculture sales were $1.5 billion in 2018. That’s a 10.5% increase from 2013, according to the 2018 Census of Aquaculture that was released recently by the Agricultural Statistics Service. (photo by Karen, creative commons/flickr.com)

Nationally, aquaculture sales were $1.5 billion in 2018. That’s a 10.5% increase from 2013, according to the 2018 Census of Aquaculture that was released recently by the Agricultural Statistics Service.

The survey found Virginia was one of five states that together accounted for 51% of the nation’s aquaculture sales and 37% of aquaculture farms in 2018. Other top states were Mississippi, Washington, Louisiana and California.

“Those number don’t surprise me,” said S. Kyle Sturgis, a Northampton County clam and oyster grower and chairman of the Virginia Farm Bureau Federation Young Farmers Committee. “There has been a resurgence in the consumption of shellfish in the last couple years. Just like traditional, land-based agriculture, consumers want to know and learn about where their food comes from.”

Aquaculture is the farming of aquatic organisms such as fish, crustaceans and mollusks involving some form of intervention in the rearing process like seeding, stocking, feeding or protection from predators.

“Aquaculture is a very important sector in Virginia’s agricultural portfolio,” said Tony Banks, VFBF senior assistant director of agriculture, development and innovation. “It continues to show growth and promotes Virginia’s ag diversity, which benefits rural and urban communities across the state and beyond.

“While the number of farms engaged in aquaculture is relatively few, their economic impact on their often remote rural communities can’t be overstated.”

Virginia is home to 191 aquaculture farms, on which farmers raise clams, fish and oysters. Oysters are the state’s top aquaculture species in terms of both sales and number of farms. In 2018 oysters accounted for 55% of all Virginia aquaculture products sold, and they were valued at $62.4 million. This is an increase from oyster sales of $20.7 million in 2013.

“Virginia has some of the most pristine waters on the East Coast, which offer ideal growing conditions for cultured clams and oysters,” Sturgis noted.

In 2018 there were 134 oyster operations in Virginia, which make up 70% of all the state’s aquaculture farms. That’s more than double the 60 oyster farms noted in the 2013 aquaculture census.

“The commonwealth’s shellfish industry has a wonderful reputation for producing some of the best clams and oysters in the country,” Banks noted. “Combining that reputation along with its colorful regional history, tourism, the local food movement and, of course, strong consumer demand has enabled our shellfish aquaculture’s growth to outpace that of other sectors.”