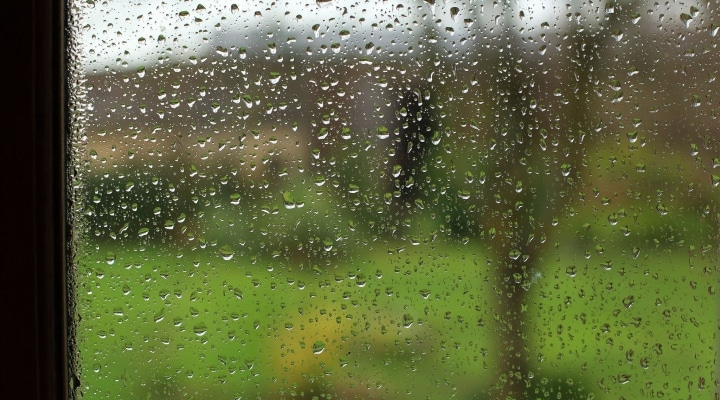 Many localities across the state have seen steady rain since June 1, resulting in favorable soil moisture levels. According to the National Agricultural Statistics Service’s end of June crop report, Virginia’s topsoil moisture was rated at 85% and subsoil moisture was 91%. (photo by lgh75, Creative Commons/flickr.com)

DINWIDDIE, Va. — Hoping to bounce back from an unusually cold spring, some Virginia farmers are now embracing the early summer rainfall.

Many localities across the state have seen steady rain since June 1, resulting in favorable soil moisture levels. According to the National Agricultural Statistics Service’s end of June crop report, Virginia’s topsoil moisture was rated at 85% and subsoil moisture was 91%.

The satisfactory soil conditions and influx of rain have helped fortify some summer crops after freezing temperatures in mid-May damaged or delayed much of Virginia’s wheat harvest and corn planting.

“The rain has provided a silver lining for some farmers,” said Mike Parrish, a Virginia Cooperative Extension agent in Dinwiddie County. “Cotton is pushing along really well after a slow spell, and tobacco, peanuts and soybeans are being helped along by the rain.”

Parrish noted fruits and vegetables like blueberries, butter beans, snap peas, strawberries and string beans were doing well with regular rain in southeastern parts of Virginia. Additionally, sweet corn damaged by the mid-May freeze also has been rejuvenated with rain.

While Richmond and areas of Northern Virginia have had moderate rainfall in June, farmers in western areas of the state have been contending with heavier rain.

According to the Southeast Regional Climate Center, Lynchburg has received 4.91 inches of rain since June 1, and Roanoke has received 7.72 inches. Rain in these localities tapered off the last week of June, providing some relief.

“Just recently, we had 2 to 5 inches in Highland County, and the rain took out hay ground and had streams cresting,” said Kari Sponaugle, a produce grower and Extension agent in Highland County. “That was rough, but now that summer’s taken off, things are looking better, and the plants are coming along nicely.”

With minimal soil moisture surpluses entering July, Parrish said farmers are hopeful rainfall will continue so they can avoid a drought.

“Getting into July, we’re going to need rain over the next two weeks to really push farmers’ yields,” Parrish said.

“With everything farmers have to deal with, like contracts, declining commodity prices and rising input costs, the last four or five years have been stressful. We’re hoping that the weather will continue and help turn that around from here until the end of the season.”