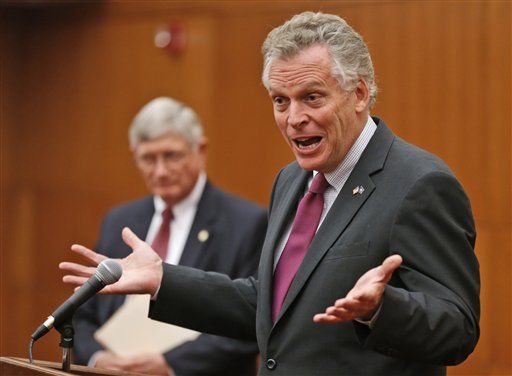 RICHMOND, Va. — Gov. Terry McAuliffe announced that a new comprehensive study shows Virginia’s agriculture and forestry industries contribute $91 billion annually to the Commonwealth’s economy. This represents a 30 percent increase from the most recent study, released in 2013, which showed an annual economic impact of $70 billion.

“I am excited to see the agriculture and forestry industries have significantly increased their economic impact in just four years,” Gov. McAuliffe said. “As the Commonwealth’s first- and third-largest private industries, agriculture and forestry play a vital role in the new Virginia economy. This is the kind of growth we are looking for in Virginia to keep us as the top state to do business in, a leader in export and trade and a top destination for visitors who seeking out our agritourism venues and our state’s natural beauty.”

The study was led by Dr. Terry Rephann of the Weldon Cooper Center for Public Service at the University of Virginia. It found that agriculture accounts for $70 billion of the $91 billion total, and forestry contributes $21 billion. Other related activities such as recreational opportunities, wildlife habitat, ecosystems services, agritourism, wine tourism, equestrian events and agricultural festivals were not included in this study, but would add significantly to the total economic impact figure. For example, a Virginia Tech study released in April found that agritourism alone contributes $2.2 billion annually to the state’s economy and a study released in January 2017 noted that the wine industry contributes $1.37 billion each year.

“This new study shows significant growth for our industry, and we will do everything we can to assure that this upward trend continues,” said Secretary of Agriculture and Forestry Basil I. Gooden. “A key part of that endeavor will include helping Virginia farmers and forest managers find new markets for their products and move more of their products into the global marketplace. The agriculture sector is benefiting from increased international exports, rapid growth of traditional poultry and beef product markets, and the expansion of specialty industries that range from craft beverage producers to shellfish aquaculture. A recovery in the housing market, increasing international exports of lumber and other wood products and new markets for wood-based fuels such as biomass and wood pellets are contributing to a revival in the forestry sector.”

A full copy of the study is available on the VDACS and Department of Forestry websites.