Home / National / Vietnam revises MFN rates on corn, wheat, frozen pork for all origins
A new user experience is coming! We'll be asking you to login to your Morning Ag Clips account March 1st to access these new features.
We can't wait to share them with you! Read more here. 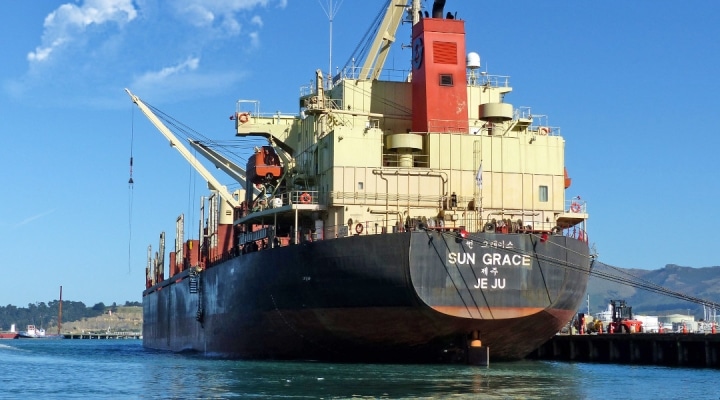 “This is great news for U.S. products as it levels the playing field with our competitors from the Black Sea and ASEAN (Association of Southeast Asian Nations) members,” said U.S. Grains Council President and CEO Ryan LeGrand. (Stock photo via Bernard Spragg. NZ, Flickr/Creative Commons)

WASHINGTON — Vietnamese government officials have announced that it has revised its Most Favored Nation (MFN) tariff rates and, as of Dec. 30, 2021, it will reduce the import tax on corn from all origins to two percent from five percent and zero out the tax on wheat. The import tax on frozen pork will also be reduced from 15 to 10 percent beginning July 1, 2022.

“This is great news for U.S. products as it levels the playing field with our competitors from the Black Sea and ASEAN (Association of Southeast Asian Nations) members,” said U.S. Grains Council President and CEO Ryan LeGrand.

“The Council’s work in Vietnam, in coordination with the U.S. Department of Agriculture’s Foreign Agricultural Service, has helped make this happen. We thank the Vietnamese government for taking these important steps to make trade freer and fairer there.”

The Council’s work in the effort culminated in September when it coordinated a meeting in New York City between T&T Group, a Vietnamese feed grain importer, and Council members, DeLong Company and Valero, where two memorandums of understanding were signed. At that meeting, LeGrand also spoke with Vietnamese President Nguyen Xuan Phuc about lowering corn and ethanol import tariffs.

The following day in Washington, D.C., the Council accelerated the relationship by hosting Vietnam’s Ministry of Agriculture and Rural Development (MARD) Deputy Minister Le Quoc Doanh, other MARD officials and a representative from Khai Anh Company, another large Vietnamese feed grain importer. The Council signed two MOUs with the groups – one with MARD and one with Khai Anh Company – to build Vietnam’s feed, livestock and aquaculture industries and secure U.S. corn and distiller’s dried grains with solubles (DDGS) purchases, respectively.

According to the USDA, U.S. exports of corn, wheat and pork to Vietnam were valued at $228 million in 2020. Vietnamese purchases of U.S. DDGS increased in 2020/2021 totaling 1.7 million metric tons and placed the country as the second largest market.

“We look forward to building on our strengthened relationship with Vietnam as we find new homes for U.S. corn and related products for our members here at home,” LeGrand said.