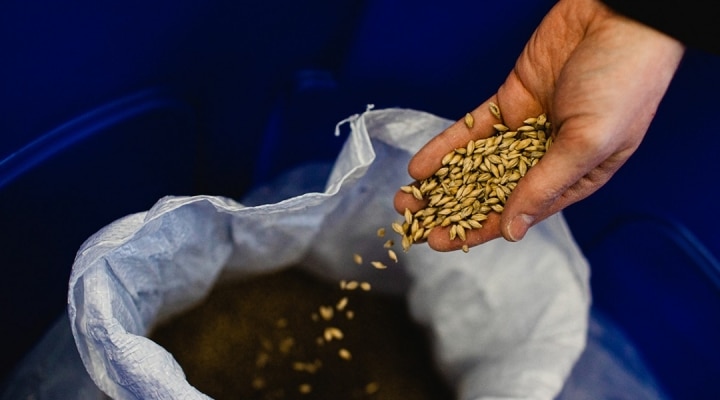 Hosted by Cornell CALS, with support from the New York State Department of Agriculture and Markets, the contest to name the grain — currently called CU-31 — will kick off Nov. 12 and run through Dec. 3, 2020. Contestants can submit entries through the contest page’s online form. One winner will be announced on Dec. 16 at the virtual Empire State Barley and Malt Summit, which is offering free public registration this year. The winning contestant will receive a growler of New York state beer, courtesy of the New York State Brewers Association.

In 2014, with support from Governor Andrew Cuomo, the New York State Department of Agriculture and Markets and the Genesee Valley Regional Market Authority, Cornell CALS plant scientists teamed up with Cornell Cooperative Extension (CCE) educators to inform farmers about best growing practices for malting barley. Also that year, less than half the grain grown in New York met quality standards for use in malt houses, but by 2017 more than 70% of the grain met standards, thanks to the team’s efforts.

“It is critical that we develop avenues for New York’s brewing industry to continue to succeed while supporting our agricultural producers,” said New York State Department of Agriculture and Markets Commissioner Richard A. Ball. “The Farm Brewery License was created to not only strengthen our craft beverage industry but also to promote the use of local agricultural ingredients. We are proud to support the work that Cornell CALS has done, in partnership with Cornell Cooperative Extension, to ensure our growers and brewers have optimal growing methods and ingredients to continue making some of the most unique and best craft beers in the country.”

“This new variety is a prime example of our commitment to our Land-Grant mission,” said Benjamin Houlton, the Ronald P. Lynch Dean of Cornell CALS. “The innovation, dedication and expertise of our researchers and outreach experts, coupled with the support of our state and community partners, makes the process smoother for creating critical New York-adapted plant varieties for our statewide industries.”

“The variety has demonstrated great uniformity, plump kernels, stiffness and large head size,” said Francis Domoy, one of the first farmers to grow CU-31 commercially for seed in the state.

Having grown it in the fields of his fifth-generation grain and vegetable farm near Rochester, New York, Domoy confirmed the variety is resistant to local fungal pathogens and pre-harvest sprouting in the state’s wet, cold climate, setting growers up for success. The grain is being commercially grown for seed and is expected to be available to New York brewers for beer-making by fall 2021.

The Empire State has the second-highest number of breweries of any state in the U.S., with a total economic impact of $5.4 billion in 2018. Today, there are 472 breweries in New York state, including 268 farm breweries, a 350% increase over 2012 when Governor Cuomo hosted the state’s first Wine, Beer and Spirits Summit.

State Liquor Authority Chairman Vincent Bradley said, “With nearly 500 craft breweries now operating statewide, craft beer manufacturing in New York has experienced record growth following Governor Cuomo’s successful efforts to transform and revitalize the industry. High-quality beer requires the highest-quality ingredients, and thanks to the extraordinary innovations taking place at Cornell, our local farms will continue to be the best source for our breweries operating in every corner of the state.”

“The brewing industry in our state is the second largest in the country, and more than half of our 434-plus breweries are farm brewers that rely on New York state agriculture to make their beer,” said Paul Leone, Executive Director of the New York State Brewers Association. “The amazing work Cornell has done to create this unique barley variety will help support our barley farmers, malt houses and brewers, which allows our industry to continue its growth in making world class beer.”

“Born, Bred and Brewed in New York” — as the grain development program is called — aptly describes Cornell CALS and CCE efforts to give the state’s brewing industry a tremendous boost and is the latest effort of Cornell CALS’ more than 100-year-old barley breeding program, committed to research, teaching and outreach.

Buy a fresh and local Christmas tree this year