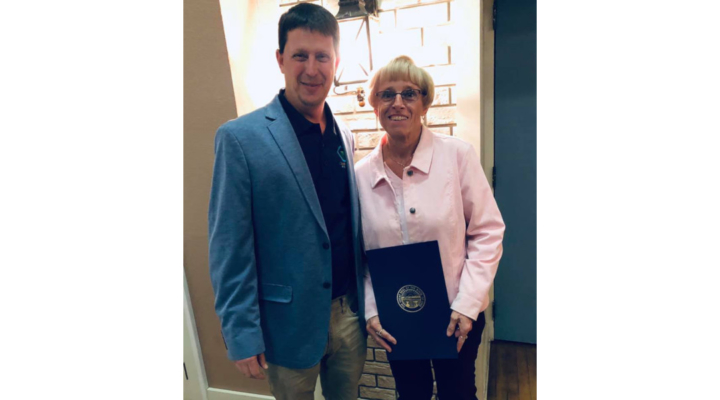 REYNOLDSBURG, Ohio — The Ohio Department of Agriculture recognized the Vernon family for more than 200 years of same-family farm ownership at the Muskingum County Soil and Water Conservation District annual meeting. The Vernon Farm, located in Adams Township, was founded by Jacob Gaumer, Jr. in 1819. With this distinction, the Vernon Family Farm becomes the county’s fifth registered Bicentennial Farm.

The Ohio Department of Agriculture recognizes the social, economic, and historic contributions of Ohio’s family farms through its Ohio Historic Family Farms program, which recognizes farms that have remained in the same family for at least 100 years. Nearly 1,700 farms are registered as century, sesquicentennial or bicentennial farms, with at least two farms represented in each of the state’s 88 counties. Muskingum County currently has 28 farms registered in the program.

For more information about the program, including a list of current century, sesquicentennial, and bicentennial farms, as well as a downloadable registration form, visit (www.agri.ohio.gov/divs/cent_farms/). For additional information on how to apply for Ohio’s Historic Family Farms Program, contact program manager Erin Dillon at 614-752-4505 or email centuryfarms@agri.ohio.gov.