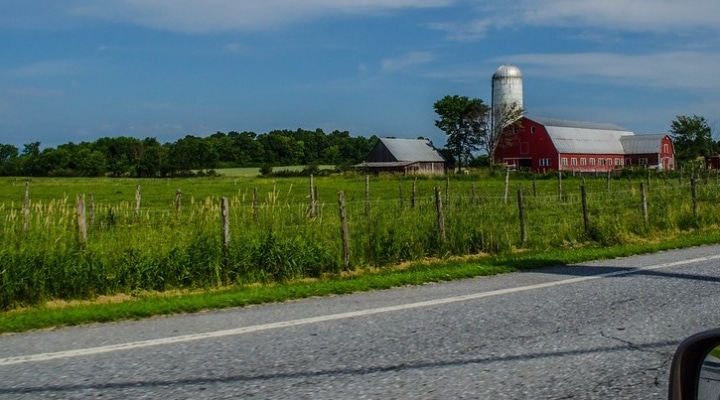 The awardee must be a resident of Vermont and be actively managing a commercial farm operation in Vermont. A selection committee consisting of leaders in the Vermont agricultural community will review and score all eligible applications and select a winner. (Kevin Jarrett, Flickr/Creative Commons)

MONTPELIER — The Vermont Land Trust is accepting applications for an award to celebrate and benefit Vermont farmers. The $5,000 Eric Rozendaal Memorial Award will be given to a Vermont farmer who exemplifies land stewardship, giving back, and entrepreneurial farming. The deadline for applications is June 30.

A creative, innovative and enterprising farmer, Eric Rozendaal was a longtime vendor at the Burlington Farmers’ Market. He also worked to improve the soil on his farm, built community with customers and farm workers, and shared his knowledge with others. After Rozendaal passed away in 2018, his family and friends raised funds to create an award in his memory, which is now managed by the Vermont Land Trust.

“Eric was a leader in the local food movement, and someone we had a deep connection with. We are pleased to present these awards on behalf of Eric’s family and friends, and to support farmers’ efforts as responsible land stewards,” said Nick Richardson, president of the Vermont Land Trust.

The Vermont Land Trust began working with Eric in 2001 when he purchased a conserved farm in Starksboro. Over the years, he provided valuable advice to the land trust as it expanded efforts to help new and beginning farmers, especially through its Farmland Access Program.

Corie Pierce of Bread & Butter Farm in Shelburne and South Burlington was the winner of the first Eric Rozendaal Memorial Award in 2019. The award will be given annually, until 2029.

The awardee must be a resident of Vermont and be actively managing a commercial farm operation in Vermont. A selection committee consisting of leaders in the Vermont agricultural community will review and score all eligible applications and select a winner. The award will be announced in the fall. Details regarding the award and application can be found at www.vlt.org/eric.

About the Vermont Land Trust

The Vermont Land Trust is a statewide, member-supported, nonprofit land conservation organization. Since 1977, the Vermont Land Trust has protected 2,000 parcels of land covering more than 595,000 acres, or 11 percent of the state. This includes more than 900 working farms and farmland parcels, hundreds of thousands of acres of productive forestland, and numerous parcels of community lands. For more information or to become a member, visit vlt.org.

99-year-old Vermont dairy shutting down at end of month
September 13, 2020

Up to 48 extinctions prevented by conservation
September 16, 2020