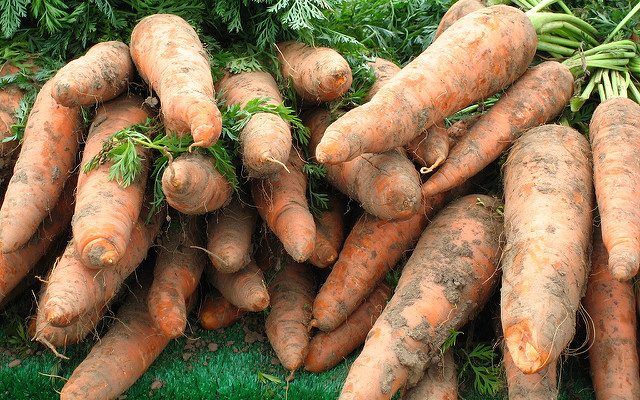 Nunez’ first mentor was a professor at California State Polytechnic University, San Luis Obispo. The teacher made space for Nunez in his laboratory and introduced the biology student to plant pathology and pest management. Upon graduation, Nunez was qualified for a nine-month position at the USDA agricultural research station in Shafter. With funding from CDFA, Nunez conducted research on guayule, a desert shrub that is a potential source of rubber. The U.S. Defense Department became interested in the rubber tree substitute during the 1970s oil embargo.

“Mike was probably the greatest mentor I had,” Nunez said. “He allowed me to work full time, and in the evenings, I would drive to Fresno State to get my masters’ degree. That two-year position turned out to be eight years.”

“My program focused a lot on carrots,” Nunez said. “I continued to work with Mike on cavity spot on carrots. And after all these years, it’s still a problem.”

Cavity spot is caused by two different fungi. Nunez, Davis and other California researchers were able to confirm chemical and cultural solutions, but continuing research is critical to maintaining Kern County’s $300 million carrot industry. Over the 30 years that Nunez and Davis collaborated on cavity spot, a single fungicide was found to control cavity spot.

“We knew we would have resistance issues,” Nunez said. “Sure enough, that’s what we’re seeing now.”

Nunez authored and co-authored dozens of research articles on carrot and potato diseases. He organized and hosted three international carrot conferences and became known and respected by the carrot industry worldwide. He is seeking emeritus status and plans to continue his carrot and potato research programs.

“Carrots and potatoes are too important to Kern County for me to stop,” Nunez said. “I have a lot of multi-state and multi-agency research projects under way. They need to keep going.”

Nunez also looks forward to having more time to spend at his Mammoth Mountain cabin, where he and his wife enjoy an array of summer activities, including hiking, mountain biking, fishing and kayaking. They also will spend more time with their five grandchildren.

How to identify common breeds of beef cattle