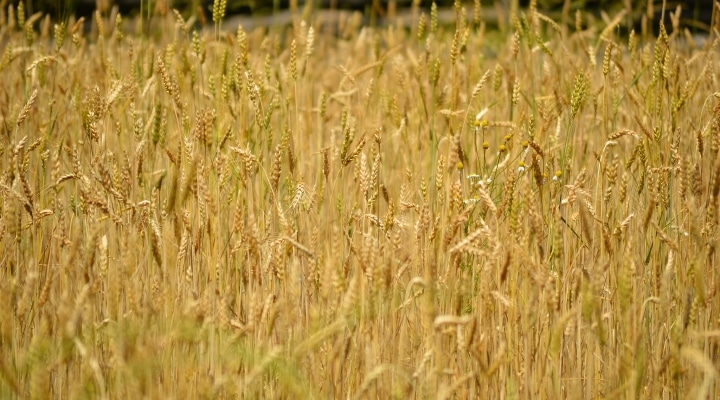 Despite a positive report from the National Agricultural Statistics Service, Virginia winter wheat farmers have been perplexed by an erratic growing season and less-than-anticipated yields. (photo by Justin Waits, Creative Commons/flickr.com)

RICHMOND, Va. — Despite a positive report from the National Agricultural Statistics Service, Virginia winter wheat farmers have been perplexed by an erratic growing season and less-than-anticipated yields.

Despite those numbers, the output is significantly less than what was forecast in June, when NASS reported Virginia farmers were expected to harvest 11 million bushels this year. Additionally, the average yield per acre dropped to 60 bushels in 2020, down from last year’s average 62 bushels.

Robert Harper, grain division manager for Virginia Farm Bureau Federation, attributed diminished yields to adverse weather that marred much of May and June.

“It was a great planting season for most—wheat was looking fantastic all the way through the fall and winter,” Harper said. “But when everything was mature in June, it started to rain. Harvests were pushed back a couple of weeks because of the wet weather, and the wheat wasn’t acting right because of the statewide freeze event on May 9 and 10.

“When farmers finally got into their fields, yields were all over the place. It made for a miserable and long, drawn-out harvest.”

Richmond County farmer Michael Self said he harvested 500 acres of wheat this summer, averaging between 75 and 80 bushels per acre.

While his crop produced above-average yields, Self said the late freeze and excess rain damaged wheat and complicated harvests for many Northern Neck growers.

“There was a smaller window to get an optimal harvest this year between the rain and the cold weather,” he explained. “When the wheat eventually matured, you really had to get on it and get it out of the field fast to get the wheat at its highest quality.”

According to the Oct. 11 NASS crop report, Virginia farmers have planted 34% of next year’s winter wheat crop. Due to widespread losses in 2020, Harper said local growers are eager to rebound in 2021.

“It was an extreme year in 2020, but there’s plenty of renewed enthusiasm because market prices have rallied over $1 per bushel since harvest,” Harper said. “Farmers are excited and ready to go because they’re locked in at $6 per bushel for next year, and these men and women can grow wheat as well as anyone on Earth.”