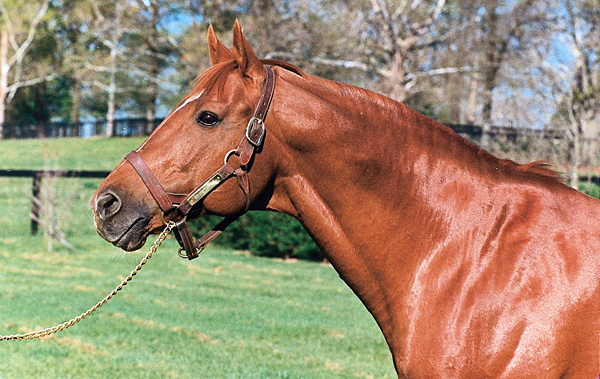 DOSWELL, Va. — A new exhibit paying tribute to Penny Chenery, owner of Triple Crown champion Secretariat, will debut at the State Fair of Virginia. The exhibit, which will honor her legacy at the birthplace of Secretariat, will serve as the highlight of the Meadow Hall tours during the fair.

Chenery, who was revered as “The First Lady of Racing” and “The Mistress of The Meadow,” died last year at 95. The exhibit will be the first-ever public display of her riding jacket, jodhpurs and boots, along with other personal items on loan from her family.

“We are extremely grateful to the Tweedy family, who shared their mother with millions of fans and are now sharing these special personal items with us at The Meadow,” said Leeanne Ladin, Secretariat tourism manager and historian. “Penny was a very generous supporter of our Secretariat Birthplace tours, and this is an especially appropriate way to honor her memory on the first anniversary of her passing, since she loved The Meadow and loved riding over its beautiful fields.”

An accomplished horsewoman, Chenery was captain of the equestrian team at the Madeira School in McLean, rode horses at The Meadow and fox hunted at her home in Denver. The exhibit also includes the uniform she wore when serving in the American Red Cross in France during World War II. Framed photos depicting the young Chenery will complete the display.

The mansion tours also include a display of the fox hunting attire and riding boots worn by Chenery’s father, Christopher Chenery, other family items, a bronze tabletop sculpture of Secretariat and galleries depicting the history of Meadow Stable.

The 2018 State Fair of Virginia will run Sept. 28 through Oct. 7 at The Meadow Event Park in Caroline County.

The tours will take place three times a day on the two weekends of the fair, Sept. 29-30 and Oct. 6-7, at noon and 3 and 6 p.m. Tickets are $5 and may be purchased in advance at StateFairVa.org or onsite at the Secretariat booth behind Meadow Hall.

The regular Secretariat Birthplace Tours, which include Meadow Hall and the historic barns, will resume after the fair. See MeadowEventPark.com/secretariat-birthplace-tours to book a tour.