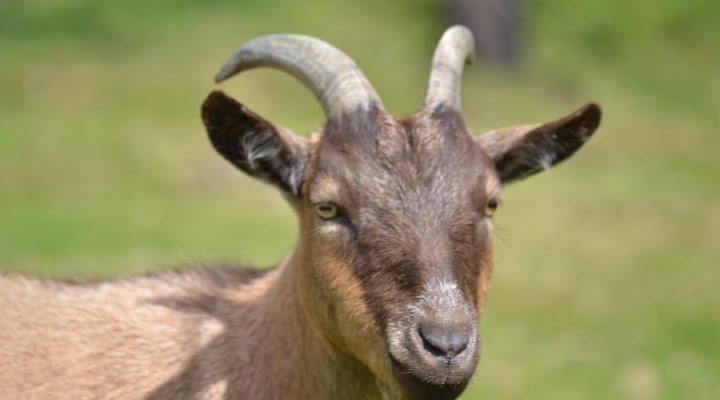 Goat meat and other goat-derived products are growing in popularity in the U.S., and as the market emerges, Virginia farmers have positioned themselves to help meet that demand. (photo by HayleyNorris19, creative commons/flickr.com)

BLACKSBURG, Va. — Goat meat and other goat-derived products are growing in popularity in the U.S., and as the market emerges, Virginia farmers have positioned themselves to help meet that demand.

According to the U.S. Department of Agriculture’s National Agricultural Statistics Service sheep and goat inventory report, Virginia’s goat supply increased by 3% despite national inventory decreasing by 1%.

“The increase in goats is consistent with what we’ve seen over the last several years,” said Dr. Scott Greiner, a Virginia Tech professor and Virginia Cooperative Extension beef and sheep specialist.

“Goats are in high demand for the ethnic market, and based on Virginia’s location and close proximity to large metropolitan areas, prices have been excellent,” he added. “I think [the data] we’re seeing is the result of that.”

In addition to their growing market presence, Greiner noted goats thrive in Virginia’s climate and excel in small farm settings, and both factors have contributed to their popularity among farmers.

Montgomery County farmer Chuck Shorter has raised meat goats for over 40 years and agreed that market prices have been among the best he’s ever seen.

Shorter, who also raised sheep until the late ‘90s, noted goats also are attractive to farmers because they typically have less trouble with parasites and predators than sheep.

“In one of the last years I raised sheep, coyotes killed 50 lambs, and you can’t afford that,” said Shorter, who also serves on the Virginia Farm Bureau Federation Livestock Advisory Committee. “Of course, farmers have made lots of progress and USDA’s Wildlife Services has been a tremendous help with predators across the board, but we’ve still got work to do with parasite control in sheep.”

The NASS report also indicated Virginia’s sheep and lamb inventory was at 72,000 head, an 8% decrease from 2021.

Augusta County sheep farmer Leo Tammi suggested the decrease reflects national trends, but said it can be difficult to get an accurate inventory as farmers regularly enter and exit the industry.

Despite the news of the decrease, which offset a 7% increase in 2021, Tammi was encouraged about the future of sheep farming in Virginia.

“I think current prices will strengthen the sheep industry in the near future, and that’s something to look forward to,” he said.