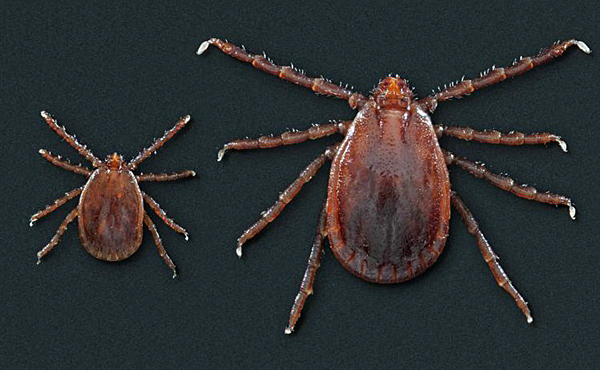 RICHMOND, Va. — Virginia livestock producers are concerned about an invasive tick that’s been detected in 24 localities, mostly in the western part of the state.

The National Veterinary Services Laboratory in Ames, Iowa, confirmed the finding of the Asian longhorned tick in Virginia. It was first discovered last year on an Albemarle County beef cattle farm.

The tick can appear on cattle, horses, sheep, other livestock and wildlife, according to Virginia Cooperative Extension, which cautions that infested livestock could lose weight and become anemic. Other concerns include lowered milk output and reduced wool production.

Mike Beahm, a member of the Virginia Farm Bureau Federation Livestock Advisory Committee, operates a beef cattle farm in Botetourt County, where the longhorned tick has been identified.

“I am aware of this tick issue. I’ve been reading about the longhorned tick for a couple of years,” Beahm noted. “Our county Extension agent keeps us informed about those things, but I haven’t seen it or talked to anybody who has.”

The hard tick species is small, about 1/8 inch in length, and is reddish-brown with no distinctive white markings.

Beahm noted that, as with any invasive species, it’s important to stay out in front of the issue. “It’s a potential problem. The more we can do now to combat it and bring it under control, the better. I encourage farmers to be aware of the issue and be alert.”

Extension says Virginians should be on the lookout for the longhorned tick this season. Livestock producers should notify their local Extension agent or the Virginia Department of Agriculture and Consumer Services if they see any unusual ticks, or if a large number of ticks are found on an individual animal.

If people are bitten by a tick, Extension recommends removing it with tweezers or wrapping the tick in tissue paper and gently pulling it out. Ticks can be killed with rubbing alcohol and kept in a small container in case the tick needs to be identified later.

More information about the Asian longhorned tick is available at aphis.usda.gov/publications/animal_health/fs-longhorned-tick.pdf.