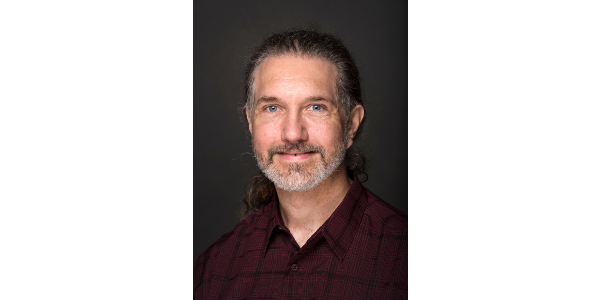 Associate professor of Horticulture David Zlesak has been named the 2017 recipient of the Distinguished Teacher Award at the University of Wisconsin-River Falls. (Courtesy of UW-River Falls)

“Above and beyond” was a phrase mentioned in more than one of Zlesak’s nomination letters, describing his efforts both inside and outside of the classroom and as a mentor. Nominators went on to share specifics on how Zlesak impacted them.

“His courses have always provided a healthy challenge that pushed me forward towards success,” said one student.

Another added that Zlesak “inspires his students rather than teaches.”

“David is one of the most prolific researchers and is always eager to invite new students into the scientific process through undergraduate research,” added a third nomination. “The opportunity to work with David in his breeding and tissue culture work has been some of the most important experiences from my undergraduate career and has prepared me to do research in preparation for graduate school. David is also one of the most caring and energetic people on campus and just in general a great person to learn from.”

Despite the accolades, Zlesak remained humble when asked about the award.

“It means I’m on the right track. I have to stay on the right track, which means caring about the students. Staying up to date with the discipline and the curriculum combined with caring about people, that’s what makes an effective teacher,” he explained.
For those who are familiar with Zlesak and his other passion – plant breeding, specifically rose breeding – the phrase “above and beyond” is fitting. Zlesak is just as successful a breeder as he is a teacher, with many awards to his credit. Zlesaks’ rose, Above and Beyond™, released through Bailey Nurseries First Editions® program, received one of the top pick awards at its debut in spring 2015.

Zlesak is also the breeder behind the Proven Winners’ Oso Happy® series of roses, Candy Oh!, Smoothie and Petit Pink. Petit Pink was the recipient of the 2012 Award of Excellence for miniature roses by the American Rose Society. For all his efforts, the American Rose Society awarded Zlesak the Silver Honor Medal (2014), named him an Outstanding Consulting Rosarian (2017) and honored him with their Rising Star Award in September 2017.

While his plant breeding work is extensive, Zlesak is quick to point out how students benefit from his breeding projects.
“It enriches it [my teaching] so much because it’s more than just what I tell the students, it’s what I model to the students. It showcases that I’m still learning, my approach towards learning, in terms of the experiments, the collaborations that I have with other people,” he said. “It’s a great model for the students to see somebody that’s engaged and hopefully that would inspire them to have a deep passion for whatever field they go into, instead of just the ‘I’m here from 8-4:30 and then I’m done approach.’”