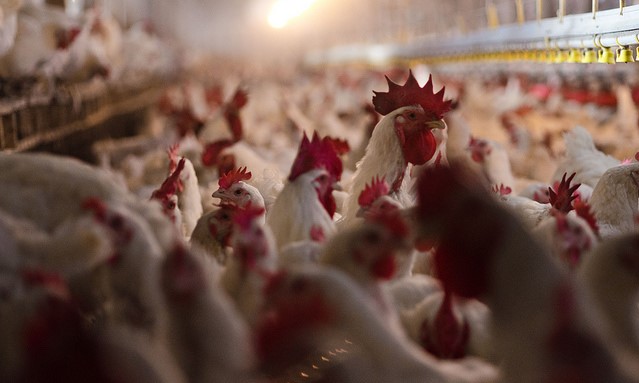 Nominations can be accepted from the universities and research institutions that conduct poultry research, as well as from anyone in the research community or any USPOULTRY member, staff and sponsored committee. (U.S. Department of Agriculture, Flickr/Creative Commons)

Nominations can be accepted from the universities and research institutions that conduct poultry research, as well as from anyone in the research community or any USPOULTRY member, staff and sponsored committee. Self-nominations are also allowed. Nominations should focus on research projects completed within the past five years but may include projects completed at an earlier time if a project’s impact has only recently become recognized.

To submit a nomination, please send a letter to Dr. John Glisson (jglisson@uspoultry.org), vice president of research, which includes the nominee’s name, a brief description of the nominee’s research accomplishments and the impact of the research.

The recipient of the Charles Beard Research Excellence Award will be the primary researcher who conducted the recognized research project(s) and will receive round-trip transportation to, and two nights lodging at, the International Production & Processing Expo (IPPE) in Atlanta, Georgia. A cash prize of $1,500 will also be awarded. The award will be presented at IPPE by Dr. Beard and the chairman of the Foundation Research Advisory Committee. The 2019 Charles Beard Research Excellence Award went to Dr. Kenneth Anderson, professor in the Prestage Department of Poultry Science at North Carolina State University in Raleigh, N.C.

USPOULTRY and its Foundation operate a comprehensive research program incorporating all phases of poultry and egg production and processing. Since the inception of the research program, USPOULTRY has reinvested more than $32 million dollars into the industry in the form of research grants, with the International Poultry Expo, part of IPPE, as one of the primary sources for the funding. More than 50 universities and federal and state facilities have received grants over the years.