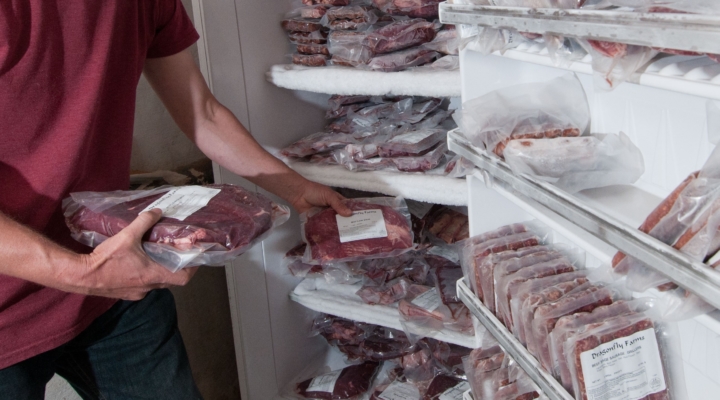 Despite ongoing efforts by the United States Cattlemen’s Association (USCA), the new trade agreement does not include a viable pathway forward for country-of-origin labeling on U.S. beef products. (U.S. Department of Agriculture, Public Domain)

Despite ongoing efforts by the United States Cattlemen’s Association (USCA), the new trade agreement does not include a viable pathway forward for country-of-origin labeling on U.S. beef products.

“During two separate meetings with U.S. Secretary of Commerce Wilbur Ross earlier this year on behalf of USCA, I stressed the importance of including a WTO-compliant labeling program for U.S. beef products.

“In August, USCA sent a letter to President Trump outlining exactly how a modernized NAFTA could reinstate COOL and prevent U.S. agriculture jobs from being outsourced to other countries that can produce beef at a lower cost due to less stringent environmental and workplace regulations.

“In June, nearly 30 producers met with the Office of the U.S. Trade Representative to explain why U.S. cattle producers desire the ability to differentiate their domestic product from imported product in the marketplace.

“In 2017, I testified at the International Trade Commission in favor of closing the loophole that allows processors to bring product into the U.S. from Canada or Mexico, have that product undergo a “significant transformation”, and then claim the “Made in the U.S.A” label.

“In June of that same year, producers from nearly every corner of the country met with the White House’s Special Assistant to the President for International Trade, Investment, and Development. USCA made clear its desire to see country-of-origin labeling incorporated into any revisions of NAFTA and restated its willingness to work with the Administration to make that happen.

“In short, we are disappointed that the Administration turned its backs on U.S. cattle producers and ignored the opportunity to reestablish a viable country-of-origin labeling program for U.S. beef products. Our founding members fought for the original implementation of mandatory country-of-origin labeling (COOL) for U.S. beef products in 2002 and we will continue to seek out avenues for its return.”

Meet the farmers of the future: Robots